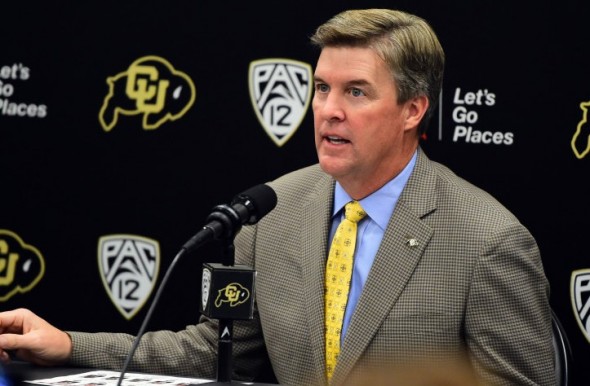 The ninth-ranked Buffaloes beat No. 22 Utah (8-4, 5-4) 27-22 Saturday night in Boulder to become South Division champions. The Huskies and Buffs didn’t meet during the regular season.

The Buffaloes fell behind 7-0 but rallied for a 13-7 halftime lead. After Utah tied it 13-13 in the third quarter,  Colorado scored twice, including a 10-yard fumble return by Kenneth Olugbode. Utah scored a late TD, but the Buffaloes ran out the clock.

No. 12 USC (9-3, 7-2), winners of eight in a row and perhaps the nation’s hottest team, beat unranked and 4-8 Notre Dame 45-27 Saturday. But the nonconference game had no bearing on the Pac-12 title game, and the Trojans had to await their fates watching Colorado and Utah on TV.

USC beat Colorado 21-17 Oct. 8, but dropped conference games to Utah and Stanford that cost the chance for the rematch with the Huskies, upon whom the Trojans applied UW’s only defeat, 26-13, two weeks ago at Husky Stadium.

Colorado and Utah joined the Pac-10 in 2011, when divisions were created, and the Buffs have been the conference doormats until this year. They were 5-40 over the first five seasons, but had a stunning worst-to-first turnaround this year under fourth-year coach Mike MacIntyre.

Washington awaits the Associated Press and coaches polls that will be released Sunday. The fifth-ranked Huskies won the Apple Cup decisively, while No. 1 Alabama defeated No. 13 Auburn 30-12, No. 2 Ohio State edged No. 3 Michigan 30-27 in double overtime, and No. 4 Clemson crushed South Carolina 56-7.

The 10-2 Wolverines’ close loss to the Buckeyes will make for a difficult placement among other two-loss teams, but all have played tougher schedules than one-loss Washington. Michigan also lost two weeks ago to Iowa, 14-13.