The Packers have struggled to reach 6-6, but will have history and snow on their side Sunday when they host the Seahawks at Green Bay’s historic Lambeau Field. 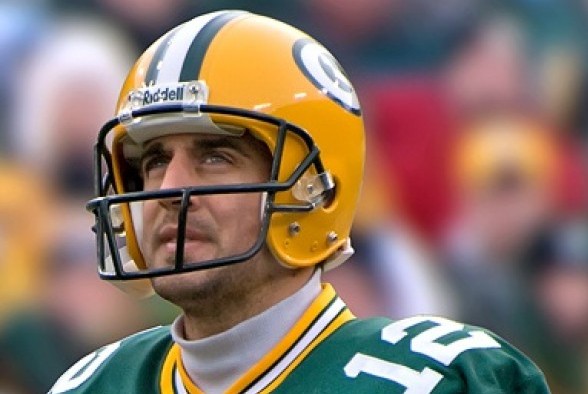 Throw out the “Fail Mary” game four years ago and the NFC Championship two seasons later, when Seattle improbably rallied to win in overtime after trailing 19-7 with four minutes remaining in regulation, and the Seahawks never have had much success against the Green Bay Packers, especially at Lambeau Field. They haven’t won there since 1999, a span that includes six consecutive defeats, including 27-17 last year in Week 2.

Should the Seahawks (8-3-1) win Sunday (they are a three-point pick largely because of Green Bay’s tepid 6-6 record), they will clinch the NFC West if Arizona also loses at Miami. Seattle can clinch as well with an unlikely tie and a Cardinals loss. But winning at Lambeau, especially in December, is a huge ask, especially when snow is involved.

Under head coach Mike McCarthy, the Packers are 30-13 in December since 2008, including 19-3 at Lambeau Field. QB Aaron Rodgers, Green Bay’s starter since that same year, has 30 games in December, recording a passer rating of 101.6, No. 2 in the NFL. His 61 passing touchdowns in December is No. 3 in the league for the month.

Due largely to Rodgers and his predecessor, Brett Favre, the Packers are the NFL’s second-most successful franchise in terms of overall winning percentage in the era of free agency, which dates to 1993. Only New England has an edge on them.

Notable is that the Seahawks defeated Tom Brady and the Patriots at Gillette Stadium earlier this season (31-24), and now have a chance to do the same with Rodgers and the Packers at Lambeau. That would be a rare feat, even considering how the NFL’s rotating schedules are structured.

Since Rodgers has been the Packers’ starter, only one team beat him at Lambeau and also beat Brady at Gillette in the same season.

Before falling to the Niners in 2012, the Packers and Patriots had not lost at home to the same opponent in the same year since 2006 when the Jets, behind Vinny Testaverde, won at New England 17-14 and at Green Bay 38-10.

In the free-agency era, only four teams recorded wins at Lambeau Field and Gillette Stadium in the same season:

Green Bay looked like a doomed team three weeks go when it fell to 4-6 after losing to Washington 42-24 at Lambeau. But the Packers have won two in a row and three of four home games against NFC opponents. Rodgers struggled in Green Bay’s first 10, tossing an uncharacteristic seven picks, but has thrown seven TDs without one in his last three and multiple TDs in his past seven.

“Aaron Rodgers just has this ability to extend plays,” Seattle defensive coordinator Kris Richard said this week. “His wide receivers are really good once the play breaks down, and they extend the play. They’re really good at finding the open spaces out there.

“Rodgers is kind of the best in the world doing what he does. We know we have a tough task at hand. We have to try to keep this guy bottled up, try to keep him in the pocket and keep rolling.”

It’s expected that the Seahawks will get a fairly good dose of RB Christine Michael, waived by Seattle Nov. 15 and signed by the Packers less than 24 hours later. Michael, who ran for 469 yards and six TDs before the Seahawks surprisingly cut him loose, appeared in two games for Green Bay with 23 yards on 10 carries.

“He’s doing a heck of a job,” said McCarthy. “I think just the fact that he’s gotten more carries in the past two weeks, you just look at the progress he’s made. He’s very talented, he just put his nose down and has been very hard-working. He’s very explosive and I really like the way he’s fit in the locker room so far.”

“We’re just trying to work him in the offense,” added Rodgers, who has been nursing a sore hamstring. “He’s an energetic guy and we’re trying to find ways to get him some more carries because he brings a little something different to the backfield. Obviously, this is a big game for us, given the opponent. But I’m confident our guys are up to the challenge.”

According to Weather.com, there is a 90 percent chance that snow will hit Green Bay Sunday, and three to five inches are expected. The Packers have lost a number of games played in freezing temperatures at Lambeau, but in the free-agency era (1993), haven’t dropped one in December/January in which significant snow fell, a fact to which Seahawks fans can relate.