John Fassel has zero ambition to be an NFL head coach, even though his dad was one for seven years with the New York Giants. But now John’s in charge against the mighty Seahawks. 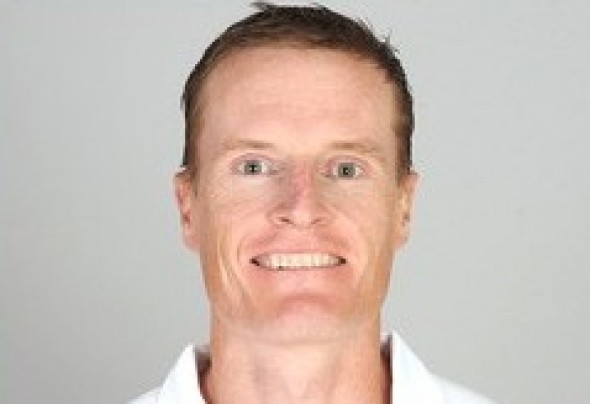 John Fassel is a guy who never aspired to be where he will be Thursday night. / Los Angeles Rams

Of rumors linking him to the Los Angeles Rams coaching vacancy, Michigan coach Jim Harbaugh said Tuesday they were “lies made up by our enemies.”

Less paranoid was the response from Seahawks coach Pete Carroll. On a call with Los Angeles media Tuesday, he first said “no comment,” then was asked if he would like to rule out entirely the possibility of coaching the Rams, Carroll laughed and said, “Yes.”

Then we have John Fassel. He has the job, the interim successor to Jeff Fisher, fired Monday before the Thursday game with the Seahawks.

But Fassel has no ambitions to it.

At all. Or any head coaching job.

Not even in his wildest dreams.

Yet there he will be on national TV Thursday night, making his head coaching debut in the most hostile of NFL territory in a clash between rivals after humiliating losses for each.

“Honestly, I never aspired to be an NFL head coach,” he said by phone Tuesday. “I can’t even say I’ve considered it. I guess at some point, if it happens, it happens. But I don’t do my stuff on special teams, or try to move over to the offense or defense side to try to become a head coach.

As Fassel spent more than 10 minutes amiably chatting up two Seattle reporters, he revealed himself to be utterly unpretentious; guileless, even. He seemed to be a cross between Woody Boyd, Woody Harrelson’s bartender character in the TV show Cheers, and Dave, a film starring Kevin Kline playing a dead ringer for a comatose U.S. president he is asked to imitate.

Asked if this was his first interview with out of town reporters, he said, “Well, I guess it is; the honor’s mine.”

He had us right there. Such words have never been heard in a coach-interview call in NFL history. Nor are they likely to be heard again. Fassel doesn’t fit the mold.

Daunted by the task, are you, John?

“I haven’t felt that way yet,” he said. “I have a great support staff. I feel like it’s running itself, really. I don’t feel daunted at all. The short week just accelerates all the installs and the work. It’s a good group of hungry players, and we’ll see what happens.”

Well, we certainly will. Suddenly, I’m three times more interested in this game.

Fassel, 42, who’s been the Rams special teams coach for five years, is probably best known for being the son of Jim Fassel, who was a quarterback at USC when Mike Holmgren was doing the same thing there. Jim Fassel coached the New York Giants for seven seasons, peaking in 2000 when he took the Giants to the Super Bowl, where they lost to the Baltimore Ravens.

For as far back as can he remember, John was always around his dad on the football sidelines. As a little guy, he was a nuisance, sometimes running away and hiding. One time he got in big trouble for building a fort out of tackling dummies on the practice field.

As he grew up, he started to do football stuff.

“I spent years on the sideline,” he said, “a hundred games holding his (headset) cord or catching (practice) punts.”

He grew into a wide receiver at Weber State, moved into college coaching and finally landed in the NFL with the Ravens in 2005 as a special teams assistant. And through no plan or ambition of his own, he will be in charge Thursday of the pride of one of the world’s richest men, Stan Kroenke, who somehow finagled the NFL into believing he knew what he was doing by jerking the Rams from St. Louis in order to occupy a Taj Mahal of a stadium in 2019 that will cost $2.6 billion. Mostly of his own money.

But before any of that, Jim Fassel is flying to Seattle to be at his son’s side Thursday at the Clink.

The moment may never come again. For those who remember Ken Griffey Sr. and Ken Griffey Jr. taking the field together as Seattle Mariners, get out the towel-sized handkerchiefs.

“We flip it around,” John said. “He was super proud. Pretty unique — to have my dad on the sideline, and me coaching. Maybe I’ll have him hold the red flag, or something. I used to do that for him too.

For those asking why would a special-teams coach advance to the top job in the midseason change, it’s simple: The offensive and defensive coordinators, should either advance, would be harder to replace than the special-teams coach.

Fassel knew that in two other emergency situations in the NFL this year, at Minnesota and Denver, special teams coaches filled in. But he didn’t know what was coming Monday.

Fisher called a staff meeting at 11:15 a.m, and said he had been fired after a 4-9 record, his fifth losing season in his five-year tenure. That meant they all were vulnerable.

“That was the first we heard,” Fassel said. “They let me know that I possibly was going to be the guy. Then we had a team meeting right away. (General manager Kevin Demoff) said they were going to make me the interim. Twenty minutes later we had our special teams meeting. It happened super fast.”

The whipsaw of emotions was intense.

“I had the utmost respect and love, really, for coach Fisher,” he said. “Initially, it was just a bummer that a guy I really respected and admired just lost his job. Then suddenly having to switch over and figure out how to do this thing on the fly. It’s been emotional, which is a good thing, I think.”

Or nuts. Either way, Fassel’s in charge, unburdened by his own history or the conventions of coach-speak. Asked how it was that the Rams have won three in a row and four out of the past five games against Seattle, he answered with the most concise answer in the football universe.

He went on a bit.

“We don’t look at Seattle as particularly a special game, more than any of the other teams we played. Maybe we caught them at the right time in a couple games, where maybe Kam Chancellor was out, or certain situations where we capitalized.”

As in special teams. The Rams have a tee-hee history of out-smarting the Seahawks with passes from the punter and misdirection on punt coverage. Is that all you, wise guy?

“No, I can’t take full credit,” he said. “Some of the unique stuff that has happened, not only against Seattle, is easy to draw up but it’s hard to execute. It comes down to the players paying attention.”

The sports-nation tumult that accompanied the move of the Rams from St. Louis was followed by the franchise’s temporary vagabond existence in several Southern California communities.

Now the firing of Fisher and the vacancy in Los Angeles have created a whirlwind throughout college and pro football. Kroenke’s wealth and LA’s market size mean exactly every premier coach is in play: Carroll, Harbaugh, New England’s Bill Belichick and Alabama’s Nick Saban will all be questioned until the job is filled.

But the man of the moment is John Fassel. What did you think about as you drove home?

“I did drive home last night, actually,” he said. “I (slept) here a couple of nights in a row. I’ve have an opportunity to think about it.

“We were in Oxnard. We’re in Irvine. We’re in Thousand Oaks. Honestly, it’s been a great adventure. My buddies say, ‘It’s all about the stories.’ We’ve created some pretty incredible stories.”

And if somehow Fassel and his Rams out-wit Carroll and his Seahawks Thursday night, there will be the incredible story of how Jim Fassel flew home without a plane.