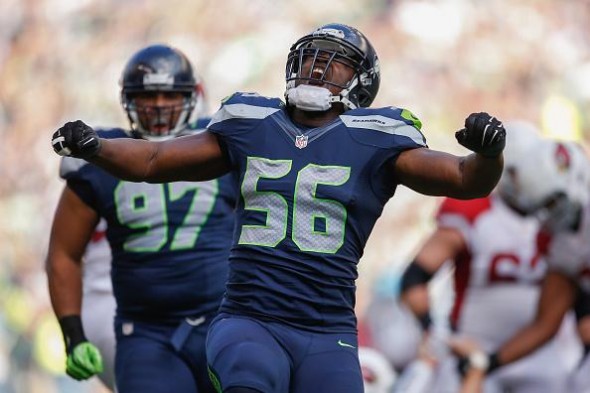 Four Seattle Seahawks — CB Richard Sherman, LB Bobby Wagner, DE Michael Bennett and DE Cliff Avril — were selected to the 2017 Pro Bowl Tuesday in a combined vote by fans, players and coaches and released here. All are Pro Bowl repeaters except Avril, tapped for the first time in his nine-year career.

“It’s a honor, man, to get this recognition,” said Avril,tied for third in the NFL and second in the NFC with 11.5 sacks. “I’m glad to have gotten one after nine years.”

The Seahawks lobbied for two other potential first-timers, LB K.J. Wright and WR Doug Baldwin, but neither made the NFC squad. Wright ranks 12th in the NFL in tackles with 113 and Baldwin is tied for 11th with a career-high 79 receptions for 913 yards and six touchdowns.

Sherman, who has four interceptions and 11 passes defensed, is a Pro Bowler for the fourth time, Wagner for the third and Bennett for the second. Wagner leads the NFL in tackles with 145. Bennett (3.0 sacks) has missed five games with injuries.

Lockett, Chancellor and Thomas were among seven Seahawks selected last year, which tied a team record set in 2005 and 2014, along with Wilson, Bennett and Wagner. Wilson, injured for the first half of the year and erratic since returning to full health, missed a Pro Bowl invite for the first time in his five-year career (NFC QBs: Matt Ryan, Aaron Rodgers, Dak Prescott).

Also named to the Pro Bowl: former Huskies DB Marcus Peters of Kansas City, selected for the second time in his two-year career.

The 2017 Pro Bowl is Jan. 29 in Orlando, a week before the Super Bowl. All of the Seahawks named Tuesday are hoping to not to be in Orlando.