Seeking to bolster their midfield, the Sounders Thursday acquired 25-year-old Harry Shipp from the Montreal Impact in exchange for general allocation money. 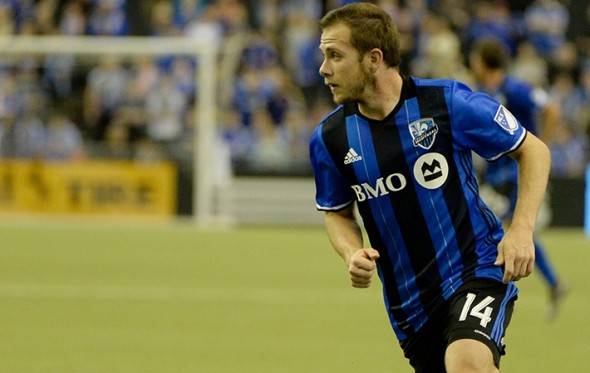 The MLS Cup champion Sounders Thursday acquired central midfielder Harry Shipp from the Montreal Impact in exchange for general allocation money. Shipp, 25, a Notre Dame grad, began his career with the Chicago Fire as a Homegrown Player in 2014, when he was a finalist for Rookie of the Year.

“We’re very excited to add a talented young player like Harry to our roster,” said Sounders GM Garth Lagerwey in a release. “He’s a proven contributor in this league and someone who we think will be a great addition to locker room as we build off of an MLS Cup-winning season.”

Shipp spent 2016 with Montreal, starting 20 of his 27 appearances and recording two goals and three assists. He was traded to Montreal from Chicago, where he spent the 2014 and 2015 campaigns.

Shipp had difficulty in Montreal, tallying just two goals and three assists in 27 appearances for the Impact. Shipp plays a central attacking midfield role, and can be thought of as a depth signing to play behind MLS Newcomer of the Year Nicolas Lodeiro, or as an insurance policy if Clint Dempsey can’t overcome his heart condition and return to play.

A four-year standout at Notre Dame, Shipp helped lead the Fighting Irish to the first national championship in program history during his senior season, in which he was a first team All-America and a MAC Hermann Trophy finalist. Shipp totaled 84 appearances in four collegiate seasons, with 23 goals and 24 assists.

A native of Lake Forest, IL, Shipp had a hat trick against the New York Red Bulls May 10, 2014, and scored twice for Chicago against the Sounders June 7, 2014.