The Seahawks started slowly and trailed 14-3, but rallied for a 25-23 win that secured the NFC’s No. 3 seed. Seattle will host a playoff game at the Clink next weekend. 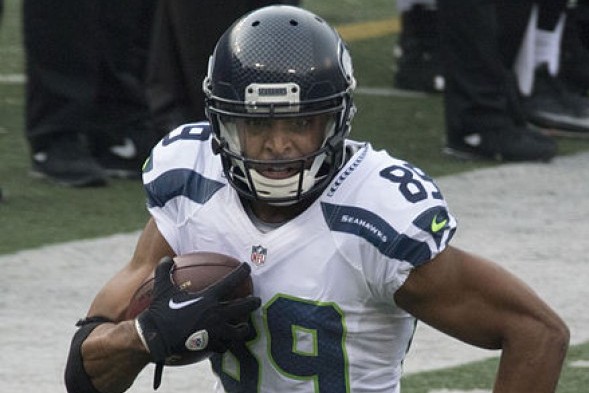 The Seahawks narrowly defeated the NFL’s second-worst team, the San Francisco 49ers, Sunday at Levi’s Stadium in Santa Clara, CA., and the unimpressive manner in which they won, 25-23, suggests that the No. 3-seeded Seahawks could be vulnerable to an upset (box).

The foe at 5:20 p.m. Saturday (NBC) will be the Detroit Lions (9-7), who became the sixth seed after losing the NFC North Division title following a 31-24 home defeat to Green Bay Sunday night. With Atlanta’s win over New Orleans, Seattle failed to secure the NFC’s No. 2 playoff seed and first-round bye.

Against the 49ers, a sluggish start caused the Seahawks to fall behind 14-3, but rallied for a 19-14 halftime lead. A defensive clamp on the 49ers in the second half improved Seattle’s regular-season record to 10-5-1. San Francisco ended at 2-14, matching the worst in franchise history. During the game came news that general manager Trent Baalke was fired, and after the game the 49ers announced they had also fired coach Chip Kelly.

Seattle led 22-14 in the fourth quarter, but surrendered an absurd safety and a touchdown in a seven-minute span, giving the 49ers a chance, trailing 25-23. But the Seahawks, with Trevone Boykin having replaced Russell Wilson at quarterback to save wear and tear, milked the clock on their final drive.

The Seahawks gave up two early TD runs to RB Shaun Draughn and fell behind 14-3. But to get back in the lead, Wilson helped make two explosive plays. Starting a drive on the nine-yard line, Wilson hit WR Doug Baldwin for 41 yards. Wilson then threw a pass to the goal line on a play on which 6-foot-7 TE Jimmy Graham boxed out the defender, basketball style, to catch the ball at the one. RB Thomas Rawls busted in for the touchdown.

Wilson completed 19 of 32 for 258 yards, which included an 11-yard TD to TE Luke Willson. He finished with a 95.6 passer rating. Wilson improved his season yardage total to 4,219, a career high that topped last year’s 4,024. Wilson is the first quarterback in franchise history with back-to-back 4,000-yard passing seasons.

Wilson’s win was the 56th of his regular-season career, tying Atlanta’s Matt Ryan for the most in the first five seasons of a career.

Baldwin, who made a phenomenal catch on the 41-yarder, had one other catch for three yards and tied Bobby Engram’s 2007 franchise record of 94.

Graham had four catches on seven targets for 64 yards and Jermaine Kearse had two catches for 45 yards.

The Seahawks rushed for only 87 yards, 55 by rookie Alex Collins on seven carries. Rawls managed 14 on eight.

Hauschka kicked four field goals, from 31, 32, 33 and 28 yards, but had a PAT blocked, the sixth miss of the season. Hauschka’s four field goals extended to 19 his franchise record of consecutive games booting at least one.

After giving up two early touchdowns, the Seahawks finished by holding San Francisco to 62 rushing yards and 2-for-11 on third downs.

With 5:04 left, long snapper Nolan Frese, playing with a sprained ankle from early in the game, sailed the ball over the head of punter Jon Ryan out of the end zone for a safety that brought San Francisco to within 22-16.

After QB Colin Kaepernick threw a TD pass with 5:52 to play, Seattle DT Jarran Reed was ejected on a post-PAT personal foul penalty for throwing a punch. Reed’s infraction prompted a shoving match on Seattle’s sidelines between Reed and DT Frank Clark, angry that Reed let himself get thrown out.

“We got done what we had to get done, and we got out of here with a win. This just shows the commitment of these guys.” — Coach Pete Carroll

“We had a chance to win and take care of some guys. We pulled those guys out of there to keep them from more pounding. I thought we needed to do something to protect ourselves for next week.” — Carroll, on why he pulled several offensive starters late, including Wilson and Baldwin

“So here we are. We don’t know who we are playing. We don’t care. Our guys are really excited about the challenge whatever comes up.” — Carroll

“We’re pumped up for the playoffs. Ten wins, that’s great. It’s a new season and we’re starting 0-0. Whoever we play, we’re excited to play in front of the 12s.” — Wilson

“We have the personnel to make a long run in the postseason. It’s just up to us to do it.” — DE Cliff Avril

“We wanted to go into the playoffs with a win. San Francisco got us in the first quarter, but then we got into a rhythm. We feel amazing. The love’s there. It’s going to be a fun ride.” — Wagner

The Seahawks have won 10 or more games for five consecutive seasons, a franchise record . . . The Seahawks defeated the 49ers for the sixth consecutive time and have eight wins in their past nine meetings . . . Since 2013, Seattle is 19-12-1 on the road . . . In December-January games under Carroll, the Seahawks are 34-9.