By virtue of Seattle’s win over San Francisco and Detroit’s loss Sunday night to Green Bay, the Seahawks and Lions will meet Saturday in the NFC playoffs at CenturyLink Field. 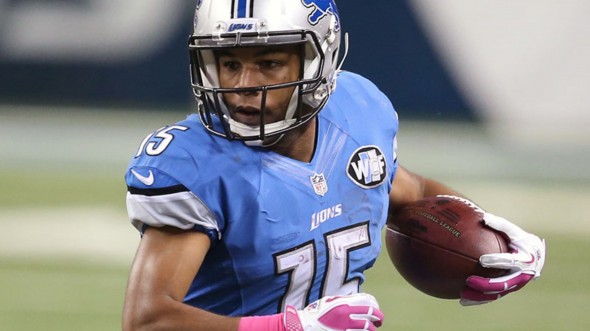 A 25-23 winner Sunday afternoon over the 2-14 San Francisco 49ers, the No. 3-seeded Seahawks play the No. 6-seeded Detroit Lions at 5:15 p.m. Saturday (NBC) at CenturyLink Field in the wild-card round of the NFC playoffs. The matchup was determined Sunday night when the Lions lost to the Green Bay Packers 31-24 at Ford Field in Detroit.

The Seahawks and Lions have never met in the playoffs.

Seattle had a shot at the No. 2 NFC seed behind the Dallas Cowboys and a first-round bye next weekend, but that evaporated when the Atlanta Falcons defeated the New Orleans Saints 38-32 Sunday afternoon, while the Seahawks were squeezing out a win over the lame 49ers, who fired coach Chip Kelly after the game.

The Lions are 9-7, second in the NFC North. Detroit has not won a playoff game since 1991, dropping eight consecutive postseason contests.

Seattle and Detroit did not play this season. They last met Oct. 15, 2015, when the Seahawks pulled out a 13-10 win at the Clink. In that game, Russell Wilson threw for 287 yards and one touchdown, but was sacked six times.

The game became known as “Bat-gate.” With less than two minutes to go, Seahawks SS Kam Chancellor punched the ball out of WR Calvin Johnson’s hands just as he was about to cross the goal line with the go-ahead touchdown. As the ball bounced in the end zone, LB K.J. Wright tapped the ball out of the end zone.

That should have been a penalty for an illegal touch and a first down at the 1-yard line. But the referees apparently thought it was unintentional, and the ball went over to the Seahawks, who held on for the win.

Seattle is 8-5 in 13 meetings with the Lions and have beaten Detroit four times in the past five.

Detroit opened 1-3, won eight of its next nine, but dropped its past three in a row to the Cowboys, Giants and Packers.

Detroit is led by quarterback Matt Stafford, who had 24 TD passes this season (two on Sunday vs. Green Bay) and WR Golden Tate, the former Seahawk, who caught six passes for 77 yards and a touchdown Sunday against Green Bay. Tate leads the Lions with 85 receptions, 1,000 yards and three TDs.

Former University of Washington RB Dwayne Washington, who left after his junior season last year, is the Lions’ third-leading rusher with 90 carries and 265 yards, and caught 10 passes for 62 yards.