Seahawks own No. 3 seed, not a good number

The Seahawks enter the playoffs Saturday against Detroit with the NFC’s No. 3 seed. Since 2003, when playoff seeding began, No. 3 seeds have lost 13 times to No. 6 seeds. 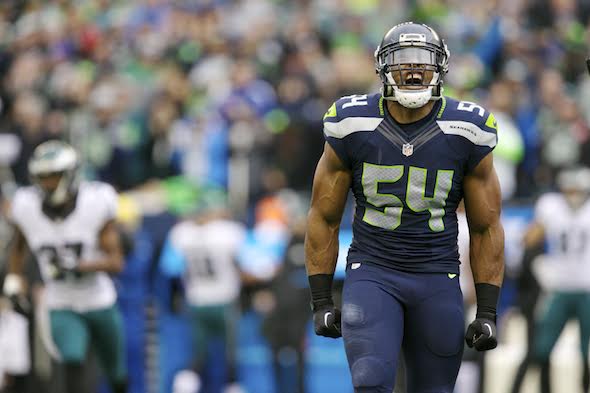 One of the first questions put to Pete Carroll at his postgame press gaggle Sunday had to do with his preference for a first-round playoff opponent. Carroll naturally didn’t want to go there, opting instead to dwell on the “improvement” he saw in his team in its 25-23 victory over the hapless San Francisco 49ers.

“It doesn’t matter who we play. We’ll play anybody,” said Carroll, who immediately switched gears to Seattle’s 10-5-1 record – the fifth consecutive year with double-digit wins, a huge feat in franchise annals considering that the streak matches the total of 10-win seasons the Seahawks had from 1976 through 2011.

“I’m real proud of winning 10 games for five years in a row,” said Carroll. “I think that’s pretty darn good. It just shows you the commitment of these guys and their ability to keep coming back, staying with it. It doesn’t mean a whole lot to anybody else, but just for the consistency part of it, it’s something that we’re proud of.

“I think it speaks to a lot of facets to our program — the job that John (Schneider) has done to keep our roster strong and competitive, our core players who have led this thing for years. They’re the ones who have done this, and that’s a great accomplishment for these guys. That’s a terrific statement of positioning ourselves to have a chance to do great things.”

With their 10th win, plus Detroit’s loss to Green Bay, the Seahawks earned he NFC’s No. 3 seed and will host the sixth-seeded Lions Saturday at CenturyLink Field (5:15 p.m., NBC).

The Lions are probably the most favorable opponent Seattle could face next weekend. They are coming off three consecutive losses, don’t have a running game (Detroit ranks 30th to Seattle’s 25th) and rank 31st in pass defense. They are also 0-3 all-time at the Clink, where Seattle went 7-1 this season. But the Seahawks have the No. 3 seed, historically not a good number.

Since the NFL began playoff seeding in 2003, 26 NFC and AFC teams have held No. 3 seeds. Only two reached the Super Bowl. Only one won it. Worse, half the No. 3 seeds – all favorites — were bounced by the No. 6 seed, including both No. 3s (Minnesota and Cincinnati) last year. The postseason fate of the 26 No. 3s:

Even if the Seahawks dispatch the Lions, they will have to travel to Atlanta to take on the second-seeded Falcons in the divisional round. Although the Seahawks beat Atlanta 26-24 at the Clink Oct. 16, they needed a 70-yard TD drive in the fourth quarter, an Earl Thomas interception, and finally a 44-yard field goal from Stephen Hauschka with a minute left to do it.

Seattle also went 3-4-1 on the road this season, and looked worse than that record doing it. Only one of the three wins (at New England) came against a team with a winning record, and the Seahawks had Thomas and WR Tyler Lockett in that game.

Even with the No. 3 seed, the Seahawks don’t pass the eye test: They don’t look ready for the playoffs, especially with no running game. They totaled 87 yards on 25 carries Sunday against a 49ers defense that ranked 32nd against the run entering the game.

If the No. 3 seed isn’t bad enough, consider that in the free-agency era (since 1993), only two teams have won a Super Bowl averaging fewer than 100 yards rushing per game. Seattle averages 99.4. Only three teams won a Super Bowl after finishing a regular season ranked 25th or worse in rushing. Seattle ranks 25th.

The 10 teams since 1993 that reached the Super Bowl with a rushing attack ranked 20th or worse:

“We aren’t pleased with it,” Carroll said Sunday of Seattle’s lame running attack. “But we have to keep running.”

Carroll’s right, of course. But it’s difficult to imagine much of an improvement after what the regular season showed.