Even though QB Russell Wilson’s mobility seems close to normal, he needs to be more of a threat to run if the Seahawks, in the absence of Marshawn Lynch, want any offensive swagger. 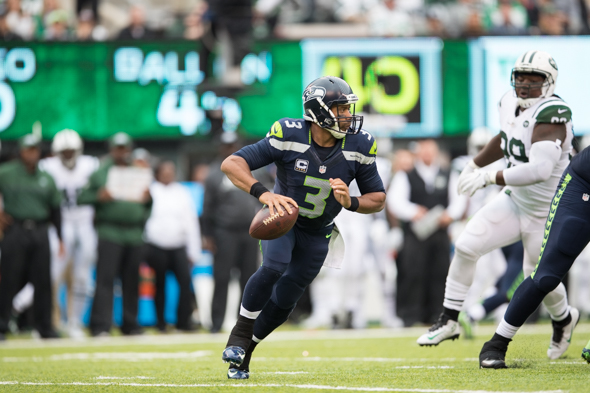 The Seahawks have the most fortunate draw in wild-card weekend with a home playoff contest against the 9-7 Detroit Lions, who have lost three in a row and have no players selected for the Pro Bowl. A win would send Seattle to Atlanta, where they would have a better chance indoors in the Georgia Dome against the Falcons than drawing any among the Giants, Packers and Cowboys.

But the most favorable aspect of this draw is that there is no chance of a sneeze freeze.

LB Bobby Wagner will never forget what he saw on the sidelines in the Seattle’s playoff opener last year, the coldest game in the football history of Minnesota, where cold was invented.

“I came out and saw somebody sneeze and it turned into icicles,” said Wagner, raised in southern California. “I haven’t ever seen any of that.

“You had to get your mind right for how cold it would be.”

Actually, there is no getting one’s mind right during a first experience with six below zero, especially standing on the shady side of the stadium. The Seahawks went on to win the game 10-9 when the Vikings’ Blair Walsh missed a last-minute field goal, the best cold-weather development for Seattle since the creation of REI.

But after watching the Seahawks fall behind 31-0 in the next playoff game against Carolina, it seemed likely that the Vikings game was so physically and emotionally demanding that the Seahawks’ batteries were drained. Players are unlikely to ever admit that because it sounds unmanly, but the weak start against Carolina suggests otherwise.

“The hits hurt because it’s a lot colder,” Wagner said. “It hurts a lot more when you hit someone.

“It’s like, you get off the field, you get warmth for a second, and as soon as you take the jackets off, it’s back to cold. Eventually you stop feeling your hands and feet. You stop worrying about the stuff you can’t feel.”

But that was the Arctic then, and the now for Saturday is maybe a cold rain, nothing the Seahawks veterans haven’t experienced. But the biggest obstacle for Seattle is less the weather and the Lions, and more about themselves.

Since a 40-7 win over disheveled Carolina Dec. 4, the Seahawks finished 2-2 and didn’t look impressive in the wins over the Rams and 49ers.

But now that the Seahawks are in loser-out portion of the calendar, urgency is upon them. The signal may have been offered up by QB Russell Wilson. He’s been wearing a knee brace since his injury earlier in the season. But maybe not Saturday.

“I don’t have to keep wearing it,” he said. “I’m contemplating what we’re going to do here.”

In the last few games, Wilson’s agility and quickness seem close to normal. But close isn’t good enough when the young line is still struggling to block for the run. Over the past four games, the Seahawks are 5-for-13 in the red zone, an indication in part that the Seahawks have become more predictable in short fields.

Red-zone scoring “is a lot of one-on-one matchups in tight windows,” he said. “In terms of the run game, we have to be physical and downhill. We’re looking forward to that. This is what this time is about, scoring touchdowns and making big plays.”

Looking forward to it and doing it are two different things. Despite his increased mobility, Wilson over the past four games has carried just 22 times for 71 yards, a 3.2 yards per carry average. A year ago, he averaged 6.4 yards per carry. Big difference, explained in part by the line’s run-blocking problems, and in part by reluctance to call higher-risk plays for Wilson, beyond scrambles.

The reduced threat posed by Wilson means defenses don’t need to account for him as they did when he and RB Marshawn Lynch were a tandem that required defenses to load up for both. But Lynch isn’t coming back, and his replacements haven’t generated much threat.

Wilson needs to sell the threat of designed runs in order to help sell the play-action portion of the play book, normally the most productive part.

“It’s not as good, I think that’s a good point,”  said assistant coach Tom Cable. “I think that’s why it’s important. As long as we keep mixing (run and pass), we’re OK. If you go too far one way or another, I think it puts you behind it pretty good.”

Wilson said has no apprehension running hard on his injured knee.

“Not at all, never,” he said. “I wouldn’t be out there if I thought that way. I never play scared. That’s just now how I think.”

It isn’t likely that any of the Seahawks play scared. But players and coaches can operate carefully, attempting to avoid further peril.

But this is the playoffs. Time to cast aside the brace, and all other apprehensions, and play like it’s the final game of the year, which it will be if the Seahawks don’t recapture some swagger on offense.