The Mariners find a fourth outfielder in Jarrod Dyson, one of MLB’s premier base stealers, who had a .278 average at Kansas City. They gave up RHP Nathan Karns, who didn’t pitch after July 30. 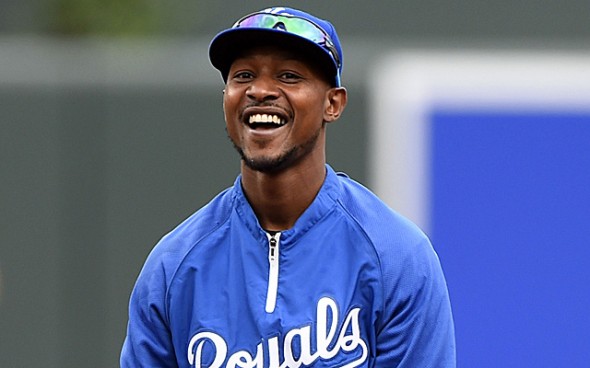 Jarrod Dyson had a 3.1 WAR with the Royals last season. / CBS Sports

The Mariners added to their defense and up-tempo offense with a second trade Friday, dealing RHP Nathan Karns, who finished the season on the disabled list, for Jarrod Dyson, 32, who was the Royals fourth outfielder and ace pinch-runner.

“Jarrod brings us a winning pedigree, along with elite-level defense and base running,” Dipoto said. “He joins players like Leonys Martin and Jean Segura in creating a disruptive element on the bases to our offensive game, while also enhancing our ability to prevent runs on defense.”

Dyson had 50 starts in center field, 21 in right and 12 in left. He is a replacement for Seth Smith, the fourth outfielder in Seattle last season who was traded Friday to Baltimore for starting RHP Yovani Gallardo.

Since 2012, Dyson has 156 stolen bases, tied for sixth-most in the majors. In that span the left-handed hitter has been successful on 84.8 percent of his stolen base attempts, second in the majors.

He was acquired by Seattle along with LHP C.J. Riefenhauser and OF Boog Powell from Tampa Bay in exchange for RHP Danny Farquhar, INF Brad Miller and INF Logan Morrison Nov. 5, 2015. In parts of four MLB seasons, he has a record of 14-9 with 4.41 ERA with 270 strikeouts and 111 walks in 54 career games, including 46 starts.