The Mariners made a four-player trade with Atlanta, acquiring RHP Shae Simmons and OF Mallex Smith for two minor leaguers. They designated RHP Cody Martin for assignment. 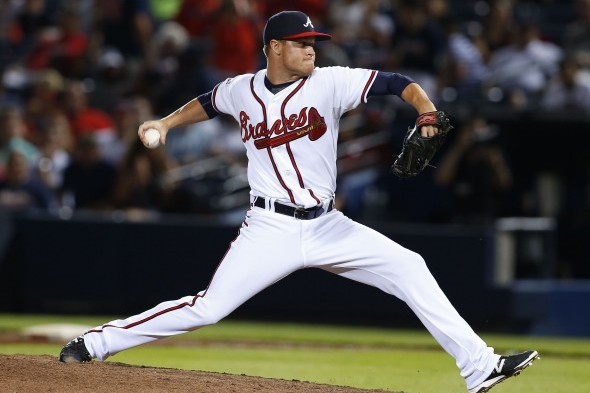 Mariners GM Jerry Dipoto continued his flurry of off-season moves Wednesday, acquiring RHP Shae Simmons and OF Mallex Smith from the Atlanta Braves in exchange for minor league LHPs Luiz Gohara and Thomas Burrows. To make room on the 40-man roster, Seattle designated RHP Cody Martin for assignment. Smith has since been traded to Tampa Bay as part of a deal to acquire RHP Drew Smyly.

“As we continue to construct a deep and flexible roster, Shae and Mallex add to our potential big league mix,” Dipoto said. “Shae has had success pitching at the back end of games in the minors and has shown strikeout ability at all levels.”

Simmons, 26, made seven relief appearances with the Braves last season, tossing 6.2 innings and allowing one run on six hits while striking out three. He began the year on the 15-day DL while recovering from Tommy John surgery. As part of his rehabilitation, Simmons made three starts with the Braves Rookie Gulf Coast League team, pitched in four games with A Rome and made 12 appearances with AAA Gwinnett.

Simmons has a MLB record of 1-2 with one save and a 2.54 ERA in 33 career games. He was selected in the 22nd round of the 2012 draft by Atlanta out of Southeast Missouri State.

Smith, 23, made his MLB debut with the Braves last season, appearing in 72 games and hitting .238 while recording 16 stolen bases. He played all three outfield positions. In eight combined games at AA and AAA prior to being called to the majors, Smith hit .419.

Gohara, 20, went 7-2 with a 1.81 ERA in 13 starts with short-A Everett and A Clinton last season. Gohara signed with the Mariners as a non-drafted international free agent in 2012 out of Brazil.

Burrows, 22, went 0-1 with a 2.55 ERA in 20 relief appearances with short-A Everett last season. Seattle drafted him in the fourth round in 2016 out of the University of Alabama.

Martin, 27, finished 1-2 with a 3.86 ERA in nine appearances, including two starts, with Seattle last season. He also went 10-7 with a 3.62 ERA in 25 games (20 starts) with AAA Tacoma. The Mariners claimed Martin off waivers in 2015. He attended Gonzaga University. The Mariners have 10 days to trade, release or outright the contract of Martin to the minors.