Sounders swap No. 1, get defenders in SuperDraft 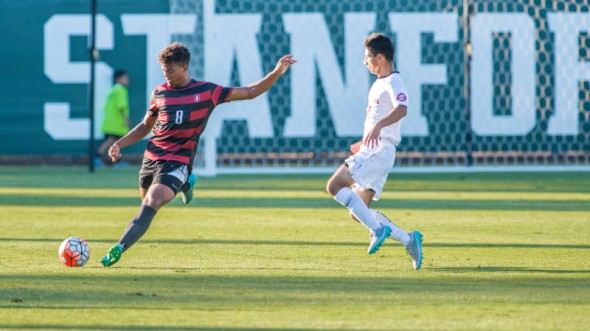 After trading their first pick (16th overall) in the first round of Friday’s MLS SuperDraft, the Sounders spent their second in the first on Stanford defender Brian Nana-Sinkam, a former teammate of Jordan Morris, who also came to Seattle from the Cardinal. Seattle later selected Ghana international Dom Oduro, also a defender, with the 44th overall pick in the second round.

The 22-year-old Nana-Sinkham is a 6-foot, 180-pound native of Lancaster, PA., who spent four years at Stanford, playing on two NCAA championship teams. He saw action in 71 games (started 67) for the Cardinal and last season made first-team All-Pac-12 and NSCAA second-team All-Far West Region.

Nana-Sinkham graduated from Manheim Township High School in Lancaster, competed in the USSDA finals in 2012, and saw playing time with the Philadelphia Union reserves.

The 21-year-old Oduro (not to be confused with MLS veteran Dominic Oduro), has been with the Danish club FC Nordsjaelland the past two seasons after signing from Manchester City in England. He joined Manchester City’s youth academy from the Right to Dream Academy in his native Ghana in 2011. Oduro also spent time on loan to Mouscron (Belgium) and IK Frej (Sweden).

Seattle acquired the 16th overall pick Jan. 23, 2015 from New York City FC in exchange for midfielder Kwadwo Poku. When the Sounders got on the clock Friday, they swapped the 16th pick back to NYCFC for $75,000 in general allocation money.

The SuperDraft includes four rounds. The final two will be held via conference call Tuesday.