As they cleaned out their lockers Sunday morning at season’s end, the Seattle Seahawks remained optimistic that the championship window remained open to them. 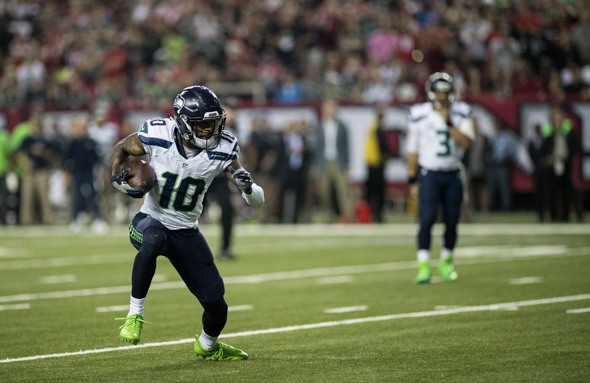 The Seattle Seahawks locker room at Virginia Mason Athletic Center was quiet Sunday morning. The sounds of packing tape unspooling and cardboard boxes being folded up echoed off the walls while players shook hands and hugged, preparing for the off-season after a 36-20 playoff loss to the Atlanta Falcons. Several players took the time to ponder: What’s next?

According to WR Doug Baldwin, the team will be processing Saturday’s loss for some time.

“We’re kind of, like, mourning right now,” Baldwin said. “We’ll get through it, obviously, but it will take us a while.”

Baldwin recorded 1,128 receiving yards on 94 receptions, both career highs. He found the end zone half as often as 2015, however, scoring seven touchdowns.

Offseason improvement was the primary goal for the 28-year-old.

The playoff exit, Seattle’s second in a row in the divisional round after back-to-back Super Bowl appearances, led one reporter to ask DE Cliff Avril if he thought the team’s window for another championship run was closing.

“The window’s still open,” Avril said. “I think we can make some things happen, but we’ve got to go make it happen.

“I’m very excited — our potential to be great is at an all-time high. Being able to experience the Super Bowl, and then experiencing not getting there, we know what it takes. For our core group of guys on offense and defense, the sky’s the limit for us.”

Seattle’s core group is secure, but questions loom around the periphery.

While the offensive line was constantly shuffled to little positive effect, it may be their coach who is departing. The San Francisco 49ers confirmef Sunday that they were interviewing Seahawks O-line and assistant head coach Tom Cable for its vacant head coaching job:

A number of players are entering free agency and may go elsewhere, including kicker Stephen Hauschka and TE Luke Willson.

Willson, who has played for Seattle for his four-year career, is keen to stay.

“This is like a family to me here,” Willson said. “I know the guys, I grew up here, I love the culture. I’ve been doing this for four years. This is all I know. It would be very weird for me to leave, especially with all the bonds, not just with teammates but all the staff around here. I’d be disappointed, for sure.”

Willson was asked if four years had gone by quickly.

“Very fast,” he said. “Time flies when you’re having fun.”

For Seattle, the fun is done until spring practices. With a core group and the right acquisitions, the team is confident of another shot at the Lombardi Trophy.

At the end of his interview, Avril related coach Pete Carroll’s final message to the team Sunday morning:

“Keep chopping wood,” Avril said. “We have the personnel, we have the formula, we just have to look ourselves in the mirror and see how we can get better personally to make the team better.”