Gonzalo Pineda, who played in the midfield for the Sounders during the 2014-15 seasons, Friday re-joined the club as an assistant coach on Brian Schmetzer’s staff. 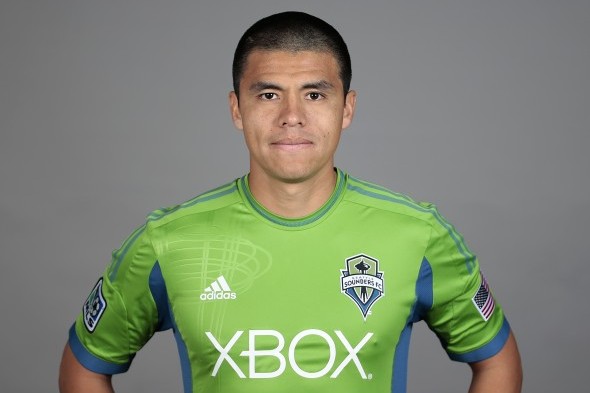 Former Sounders midfielder Gonzalo Pineda (2014-15) will re-join the club as one of head coach Brian Schmetzer’s assistants, the club said Friday. A former 13-year professional in Mexico, MLS and with the Mexican National Team (played in the 2006 FIFA World Cup), Pineda retired following his two-year stint with Seattle.

“It’s fantastic to bring in a guy who not only has a wealth of knowledge about the game, but also knows our club culture and the city of Seattle,” said GM Garth Lagerwey. “Gonzalo was a great player and a consummate pro, so I have no doubt that our guys can learn a lot from him.”

The 34-year-old made more than 200 appearances in Mexico from 2002-2013 before two  seasons in MLS. Pineda joined the Sounders prior to the 2014 season, making 56 appearances in his two-year tenure while recording four goals and nine assists.

Pineda started 24 of 28 appearances in Seattle’s 2014 Supporters’ Shield-winning campaign, totaling three goals, all on penalty kicks, and ranking fourth on the club with seven assists. He made 28 appearances in 2015 with one goal and two assists.

“Gonzalo was always the type of player that you knew would eventually become a coach,” said Schmetzer. “His experience and leadership were valuable assets to our locker room, and he never hesitated to stay late and do extra work with younger players. I know he will be a positive addition to our staff.”

The central midfielder began his pro career with UNAM Pumas, where he spent three seasons and captured the 2004 Liga MX Clausura and Apertura titles. He joined Chivas Guadalajara in 2006, where he made more than 100 appearances in three seasons before separate one-year loan stints with San Luis, Cruz Azul, Puebla and Queretaro.

“I couldn’t be more excited to come back to Seattle and join Coach Schmetzer’s staff,” said Pineda, who spent the past year working as an analyst for Univision’s soccer coverage. “After retiring as a player, it was only a matter of time before I found myself returning to the pitch, and coming back to the Sounders was the perfect fit. It was an honor playing for this club and I can’t wait to start the next phase of my career with a first-class organization.”

Pineda earned 44 career caps for the Mexican National Team. In the 2006 FIFA World Cup in Germany, he made four appearances as Mexico advanced to the round of 16.

The Sounders begin preseason activities Tuesday. It will include training camps in Tucson, AZ.,  and Charleston, SC., before the MLS opener March 4 against the Houston Dynamo in Houston.