Bob Walsh, an entrepreneur who brought to the Puget Sound region nearly 100 sports and cultural events in the 1980s and 1990s, passed away Monday in Istanbul. 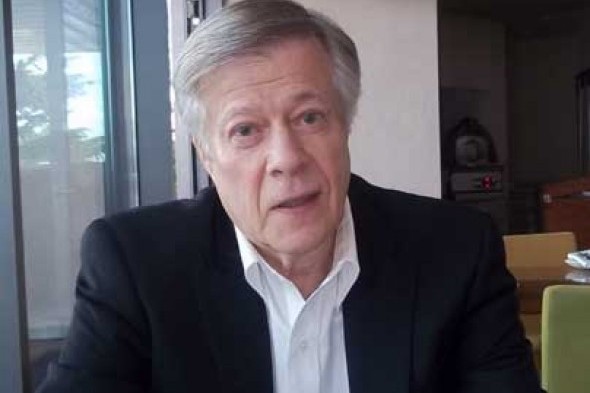 Walsh had been in Tblisi, Georgia, consulting on a business project with the Georgian government, as well as to receive his credentials as an honorary ambassador to the former Soviet republic when he took ill. After a few days, when his condition did not improve, he was airlifted to Istanbul for intensive care. His son, Tim, was with him when he died.

“Bob was one of the true legends in the Seattle sports and events industry,” said Ralph Morton, executive director of the Seattle Sports Commission. “Bob’s dreams always centered around connecting Seattle with the world.”

Born Sept. 10, 1940 in Winthrop, MA., Walsh graduated from Marietta (OH.) College, then returned to the Boston area where he went to work as a radio and television producer at WMAC, whose radio station was the first in the U.S. to feature an exclusively all-talk format. Walsh then moved to KABC in Los Angeles as the station’s program director.

One of Walsh’s first KABC hires was former NBA great Bill Russell as a drive-time host. When Russell resigned that position in 1973 to become head coach and general manager of the Seattle SuperSonics, he hired Walsh as his assistant general manager. During his tenure with the Sonics, Walsh negotiated to bring the 1974 NBA All-Star Game to Seattle.

When Russell left the Sonics in 1977, Walsh also departed the franchise and became a sports agent, representing some of the early icons in Seahawks history, including Jim Zorn and Steve Largent.

Walsh eventually grew weary of sports agentry and morphed into an events promoter, scoring his first major achievement when he brought the 1984 NCAA Final Four to the Kingdome. Largely through the promotional efforts of Walsh and his company, Bob Walsh and Associates, the phrase “March Madness” was coined. Two more Final Fours, in 1989 and 1995, followed.

Seattle is the “Emerald City” largely because of Walsh. In the late 1980s, the Seattle Convention and Visitor’s Bureau held a contest to re-brand Seattle, then the “Queen City,” into something hipper. The Bureau ran a public contest seeking new names and the winning entry, ironically submitted by a California resident, was “Emerald City.”

After the moniker flopped locally (the Seattle Post-Intelligencer ran editorials opposing it), the Bureau hired Walsh and Associates to turn around public opinion.

Walsh sought out contacts in the National Football League and at Sports Illustrated and convinced them to always refer to Seattle as “Emerald City” on their broadcasts and in print, which they did. Then Walsh created what became the hugely popular Emerald City Marathon footrace, and that sealed the deal. Seattle has been the “Emerald City” since.

Among other events, Bob Walsh and Associates also brought the 1987 NBA All-Star Game to the Kingdome and NCAA Women’s Final Fours to Tacoma in 1988 and 1989. In all, Walsh and Associates hosted more than 90 national and international events in Seattle during the 1980s and early 1990s, topped by the 1990 Goodwill Games, a sports and cultural festival that attracted athletes from 54 nations competing in 23 sports.

Through the Goodwill Games, Seattle received its first exposure to the famed Bolshoi Ballet and Moscow Circus. Seattle’s largest-ever art exhibit, The Treasures of Moscow, also ran concurrently with the Games.

Although a financial success, the Goodwill Games proved to be Walsh’s professional undoing in Seattle. The Games arrived without the official sanction of the city’s political leadership, particularly the City Council, which decried the draining of city resources, specifically security services, needed to support the spectacle.

Simultaneously, the Seattle Sports Commission was created as a branch of the Chamber of Commerce to do the work Walsh had done for two decades, leaving Walsh looking elsewhere for projects to sustain his company.

Walsh turned his attention to the former Soviet Union, where he had made numerous business contacts while organizing the Goodwill Games, originally held in Moscow in 1986. Eventually, the focus of those international efforts centered on Tblisi, the capital of the Republic of Georgia, which sought Western investment.

Walsh and Associates partnered with the Georgian government on a variety of tourism and real estate projects, including hotel construction, and also created Georgia’s first pharmaceutical company, specializing in the manufacture and distribution of vitamins.

In the run up to the Goodwill Games, Walsh and Associates played a role in organizing relief efforts for the 1988 earthquake in Armenia that killed 25,000. That same year, it orchestrated marathon swimmer Lynn Cox’s historic crossing of the Bering Strait.  In 1990, Walsh cleared the way diplomatically so that famed Seattle mountain climber Jim Whittaker, along with teams from China and the Soviet Union, could scale Mount Everest. Never before had the USA, China and the Soviet Union collaborated on anything.

Following the Games, Walsh brought to Seattle numerous Georgians who required specialized medical care not available in Tblisi or anywhere in the Caucasus region, only one of the reasons Georgia was about to honor him with an honorary ambassadorship.

Walsh was also responsible for what the New York Times described as “one of the great publicity stunts of the 20th century,” the November 1992 launch of a Soyuz rocket from the Republic of Kazakhstan (central Asia) that circled the earth 111 times before plopping into the Pacific Ocean some 30 miles off the coast of Washington state. The rocket’s capsule today is on display at Boeing’s Museum of Flight.