The Mariners added to their catching depth by claiming Tuffy Gosewisch, 33, off waivers from the Braves. To make room, they designated RHP Jonathan Aro for assignment. 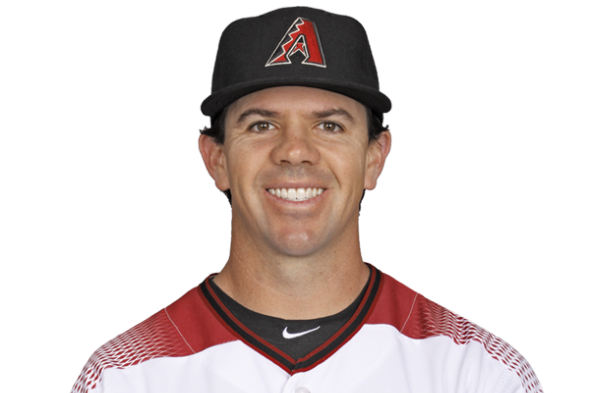 In the middle of the annual spring training luncheon Thursday, The Mariners claimed catcher Tuffy Gosewisch off waivers from Atlanta. To make room on the 40-man roster, designated RHP Jonathan Aro for assignment. Mariners general manager Jerry Dipoto had left the Safeco Field interview room only a few minutes earlier when the transaction was announced, to the chuckles of the reporters already on hand.

Gosewisch, 33, claimed off waivers by Atlanta Nov. 18, appeared in 33 games with the Arizona Diamondbacks last season after being recalled from AAA Reno July 1.

Gosewisch began the season with Reno, batting .342. He was named to the Pacific Coast League All-Star team, but didn’t play after being recalled to Arizona. Gosewisch threw out 41.5 percent of attempted base runners.

The Freeport, IL, native spent parts of the past four seasons with Arizona after making his MLB debut with the Diamondbacks in 2013. He was selected by the Philadelphia Phillies in the 11th round of the 2005 draft out of Arizona State University.

Aro, 26, appeared in one game with the Mariners last season, June 20 at Detroit, allowing one hit and one walk. The native of La Vega, Dominican Republic, was acquired by Seattle from Boston along with LHP Wade Miley in exchange for RHP Carson Smith and LHP Roenis Elias Dec. 7, 2015. He was signed by the Red Sox as a non-drafted free agent June 6, 2011.

The Mariners have seven days to trade, release or outright Aro’s contract to the minors.