To add midfield depth, the Sounders signed Swedish MF Gustav Svensson, who comes to Seattle after a 10-year career in Sweden, Turkey, Ukraine and China. 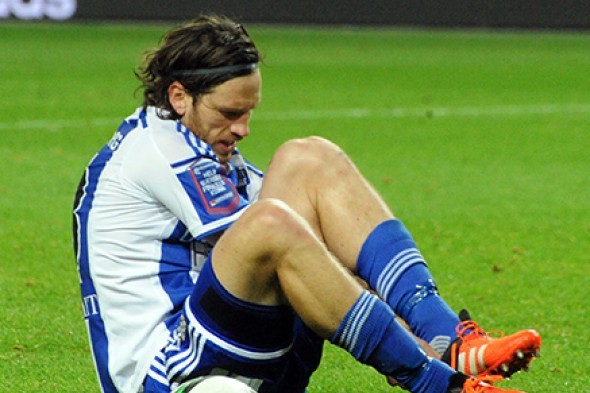 The Sounders Monday announced the signing of Swedish midfielder Gustav Svensson from Guangzhou R&F in the Chinese Super League. The 29-year-old made 28 appearances as a midfielder for the Chinese club last season and comes to Seattle following a 10-year career in Sweden, Turkey, Ukraine and China.

“We’re excited to add Gustav to our roster, and he has joined our training camp in Tucson,” said Sounders GM Garth Lagerwey. “He brings a wealth of experience, a track record of success and versatility to our team, and we’re eager to see how he impacts our squad in 2017.”

The move is designed to add depth to Seattle’s midfield. In the wake of the departures of Andreas Ivanschitz and Erik Friberg, the club has sought players who could perform as backups for a relatively low cost.

Svensson’s departure from China is likely tied to a rule instituted by the Chinese Football Association Jan. 21 that limits teams to fielding no more than three international players in a single match.

Svensson began his pro career with his hometown IFK Göteborg, where played from 2006-10, leading the club to the 2008 Swedish Cup)title and a 2009 second-place finish in the Allsvenskan, the Swedish first division.

He moved to Bursaspor of the Turkish Super Lig in 2010, where he made 38 appearances in the 2010-11 and 2011-12 campaigns. Svensson then spent two seasons with Ukrainian side Tarivya before returning to IFK Göteborg in 2014, where he made 52 appearances across two campaigns, helping Göteborg to a pair of runner-up finishes in the Allsvenskan, the club’s best finish since the 2009 season.

After moving to Guangzhou R&F of the Chinese Super League in 2016, Svensson started all 28 of his appearances as the club finished sixth with a record of 11-12-7.

“Gustav is a really good player who has played at a very high level, and a guy who we think can add some versatility to our midfield,” said coach Brian Schmetzer. “He’s very composed on the ball, as well as a good passer with great vision. I’m looking forward to getting him more and more integrated with the rest of the guys.”

Primarily a defensive midfielder, Svensson will likely spend most of his time on the bench behind Cristian Roldan and Osvaldo Alonso as a premium insurance policy should either go down with an injury.

Svensson has six appearances for the Swedish National Team, beginning with two caps in 2009. The midfielder also appeared in a pair of matches for Sweden in 2015 and 2016. He previously earned 24 caps for the Sweden under-21 squad.

The Sounders continue preseason camp this week in Tucson, with the club’s first match Saturday against the Portland Timbers at Kino Sports Complex. The regular season begins March 4 against the Houston Dynamo in Houston.