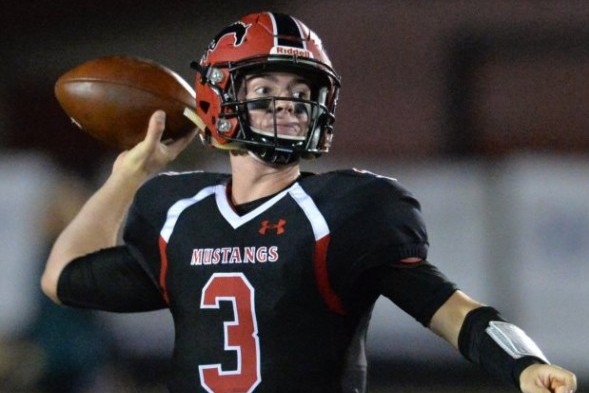 “I’m really excited for this day,” said Petersen. “It was a long process. But we got 17 kids, 10 on offense, six on defense and one specialist. We got six from the great state of Washington. A bunch of these guys played in all-star games. This is a real quality crew.

“I do think we know a lot about these guys. We’ve watched about every game film on all of them for the past two years. I feel very similar about these guys that I did with our previous two recruiting classes, and that’s saying a lot based on what they accomplished. We think all of these players are big-time players with a big upside. So we’re really excited to coach them and really proud of how they went through this process.”

Rivals.com rated No. 10 athlete and No. 156 recruit in the nation . . . Named All-KingCo 3A at running back and cornerback as well as KingCo 3A offensive MVP as a senior . . .  Named to the USA Today all-state team (all levels) at defensive back . . . Rushed for 1,300 yards and 13 touchdowns as a senior despite being limited to six games due to injury . . . Played in the U.S. Army All-American Bowl following his senior season.

Named to Seattle Times all-state team as a senior . . . KingCo 4A Lineman of the Year and first-team 4A All-KingCo at both offensive and defensive line . . . Played in the Polynesian Bowl following his senior year . . . scout.com ranked him the No. 22 guard recruit in the nation.

Named to MaxPreps All-America second team, “medium-sized school” All-America second team, and USA Today all-state (all levels) following senior year . . . Played in the Polynesian Bowl following his senior year . . . Listed as the No. 73 overall prospect and No. 2 tight end in the nation by scout.com . . . Over his career, caught 138 passes for 2,483 yards and 35 touchdowns.

Named first-team All-Trinity League as a senior . . . Helped the Braves to a 13-2 record, the CIF Southern Section championship and the CIF Open Division state championship as a senior . . . .Played in the Polynesian Bowl following his senior year . . . PrepStar All-America . . . Named to the Tacoma News-Tribune’s Western 100 . . . Rated the No. 34 receiver and No. 243 overall prospect in the nation by scout.com.

First-team 6A all-state at cornerback and second-team at running back as a senior . . . First-team All-Three Rivers League at both positions and first-team USA Today All-Oregon at defensive back . . . Rushed for 702 yards on 59 carries (11.3-yard average) and 10 touchdowns . . . Caught 19 passes for 249 yards and six TDs and notched three interceptions . . . PrepStar All-America  . . . ESPN.com at No. 213 overall and as No. 19 cornerback in the country.

USA Today All-California first team as a senior . . . Played in the U.S. Army All-American Bowl following his senior season . . . PrepStar All-West Region . . . Named to Tacoma News-Tribune’s Western 100 . . . Ranked as the No. 29 outside linebacker in the nation by 247sports.com and No. 28 by scout.com . . . ESPN listed him at 39th at his position … rivals.com’s No. 42 overall outside linebacker.

First-team All-Trinity League at cornerback as a senior . . . Second-team Orange County Register All-County . . . Missed much of his junior season . . . Played in the Polynesian Bowl following his senior year . . . PrepStar All-West Region . . . Named to Tacoma News-Tribune’s Western 100 . . . rivals.com ranked him the No. 13 corner and No. 138 overall prospect in the nation.

Petersen’s quarterback recruit, Haener, finished is prep career with 8,464 yards with a school-record 90 touchdowns and 24 interceptions over three years and 35 games. As a senior, he led the Monte Vista Mustangs to a 12-1 record and the CIF North Coast Section Division I championship, completing 170 of 279 passes for 2,976 yards, 37 touchdowns and eight interceptions.

Petersen picked up a late addition on the defensive line in three-star DE Jordan Lolohea of Salt Lake City’s East High School. He will first serve an LDS mission, so there won’t be an immediate impact. Lolohea also considered BYU and Utah.

Expanded bios on Washington’s recruiting class can be found here.