As a result of losing four primary free agents in March, while adding two, the Seahawks received two compensatory picks Friday in the 2017 draft. Seattle has eight draft picks. 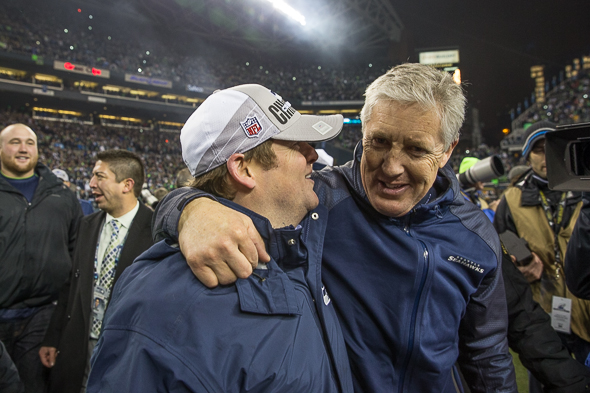 Cincinnati, Cleveland, Denver and Kansas City all received four compensatory picks, Miami gets three and the Los Angeles Rams, along with the Seahawks, two. San Francisco and Arizona, both of the NFC West, received one each. The Rams’ compensatory picks are in the third (100th overall) and fourth (141st) rounds. San Francisco’s is in the fourth (143rd) and Arizona’s in the fifth (181st).

The Seahawks are scheduled to pick 26th in the first round. The Seahawks also have the 58th overall pick in the second round and three picks in the third.

Seattle does not have a fourth-round pick, having traded it during the draft last year to New England in order to select DL Quinton Jefferson in the fifth round. Seattle also does not have a fifth-round choice. The Seahawks lost that last September as punishment for an OTA violation.