USMNT coach Bruce Arena selected 14 MLS players Wednesday for the next World Cup qualifiers, among them forwards Clint Dempsey and Jordan Morris of the Seattle Sounders. 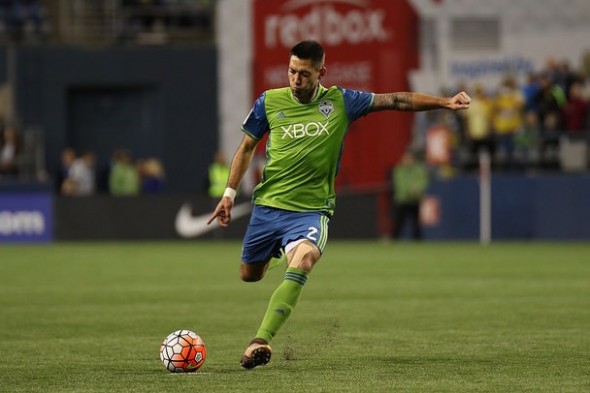 Clint Dempsey will return to the USMNT for matches against Honduras and Panama. / Dan Poss, Seattle Sounders FC

Forwards Clint Dempsey and Jordan Morris of the Seattle Sounders were added Wednesday to the 24-man roster for World Cup qualifiers against Honduras and Panama by U.S. Men’s National Team coach Bruce Arena. Dempsey and Morris will report to training in San Jose Sunday ahead of the Honduras match March 24.

Dempsey will see his first national team action since June’s Copa America Centenario, an absence due to an irregular heartbeat that sidelined him for the second half of 2016.

“Clint has a history that is almost second to none,” Arena said. “We know there are some good days still ahead for Clint. He’s made great progress in preseason and his first two games with Seattle, and we think he’s a player that can still help us in these games – perhaps at a reduced role — but a player that still has a tremendous history of scoring goals and creating opportunities. To have that kind of player available I think is invaluable.”

“We put together a roster that we think has balance and one that gives us an option in playing a number of different ways,” Arena said. “It’s a roster where the primary rationale is to help us be successful in these two games.”

A Mercer Island native signed by the Sounders as a Homegrown Player, Morris made his national team debut in 2014 and has appeared in 14 international matches with two goals since.

Three other Sounders were summoned to national teams. Defenders Roman Torres and Joevin Jones were called to Panama and Trinidad & Tobago, respectively, for a pair of CONCACAF hexagonal round qualifiers. Midfielder Nicolás Lodeiro will join Uruguay for two matches in CONMEBOL qualifying.