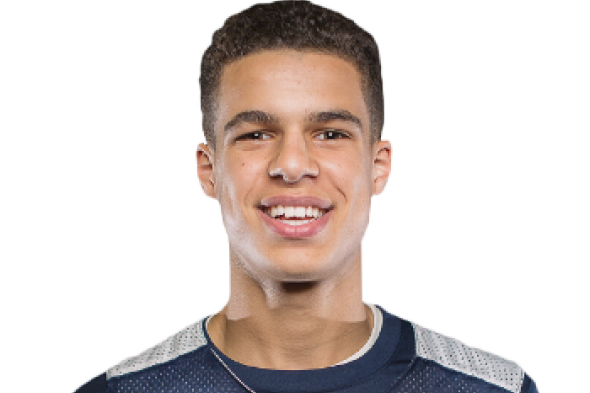 Michael Porter Jr. is the Naismith High School Player of the Year.

Former NBA All-Star and University of Washington great Brandon Roy was named the Naismith National High School Coach of the Year Monday by the Atlanta Tipoff Club. His star player, forward Michael Porter Jr., was named Player of the Year. This marks only the third time that a coach and player from the same school won both awards.

Roy, who played under Lorenzo Romar at Washington in the mid-2000s before becoming an All-Star with the Portland Trail Blazers, coached Nathan Hale to a 29-0 record in his first season as a coach at any level.  Hale won the 3A state championship victory.

Nathan Hale hired Roy, forced out of the NBA prematurely due to knee injuries, in June 2016 after the school won only three games the previous year. Roy, a three-time NBA All-Star, averaged 18.8 points, 4.7 assists and 4.3 rebounds over six seasons in the NBA.

Porter averaged 34.8 points and 13.8 rebounds and is widely considered the top college recruit in the nation.

“Michael was the leader of a talented team which worked hard and never lost sight of their end goal — a perfect season and winning a state title,” said Eric Oberman, executive director of the Atlanta Tipoff Club. “Coach Roy was the steady guidance who motivated this team to improve every single game and ultimately they both were rewarded by winning Naismith awards.”

Porter and his brother, Jontay, ended up at Nathan Hale after their father, Michael Porter Sr., was hired away from the University of Missouri’s women’s basketball program to become an assistant to Romar, who knew Porter from their playing days together with the
Athletes in Action AAU team. Romar is godfather to Porter’s sons.

Michael and Jontay subsequently committed to play for Washington and moved to a home in Nathan Hale’s district.

But Romar was fired last week. Mike Hopkins, a former Syracuse assistant, was hired Sunday to replace him. The firing could cost UW the Porter brothers since their father reportedly will join the Missouri men’s staff as an assistant after Cuonzo Martin was hired away from Cal.

Porter Jr.’s, Twitter bio used to reflect his commitment to Washington, but that was deleted after Romar was fired. Jontay announced Friday that he will re-open his recruitment.