Washington’s Kelsey Plum, already a finalist for the Naismith Award, Thursday was selected as one of four finalists for the 2017 Wade Trophy, the Heisman of women’s college hoops. 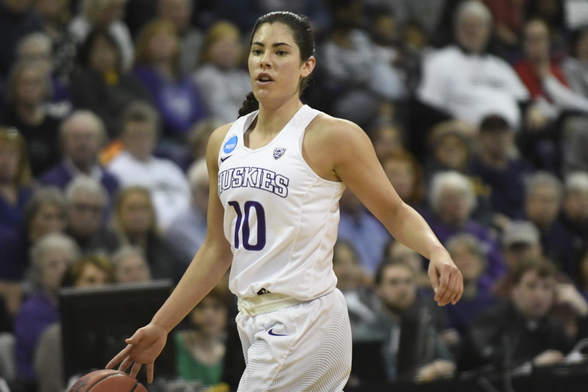 Kelsey Plum is a finalist for the Wade Trophy. / Alan Chitlik, Sportspress Northwest

The Wade Trophy, in its 40th year, is the oldest national player of the year award in the women’s game. It is named in honor of the late, legendary Delta State University coach Lily Margaret Wade, who won three consecutive national championships with the Lady Statesmen. The trophy will be presented April 1.

Joining Plum on the list of candidates are Napheesa Collier of Connecticut, Kelsey Mitchell of Ohio State and A’ja Wilson of South Carolina.

A Poway, CA., native, Plum is averaging 32.6 points per game, the top mark in the NCAA. This year she became the leading scorer in NCAA women’s history, both for a single season and a career. In the final regular-season game of her career, Plum scored a Pac-12 record 57 points.