A car in which Seahawks QB Trevone Boykin was riding crashed into a bar in Dallas early Monday morning. He was uninjured, but several pedestrians were hurt. He was charged with pot possession and intoxication. 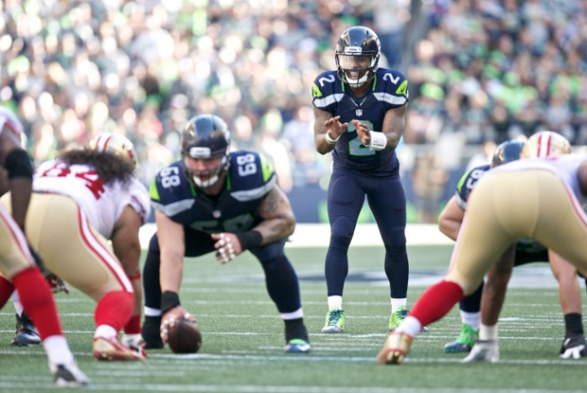 In his rookie season, Trevone Boykin played in six games and had a TD pass against the 49ers. / Drew Sellers, Sportspress Northwest

According to multiple reports, Trevone Boykin, the Seahawks’ backup quarterback, was arrested on suspicion of public intoxication and marijuana possession early Monday in Dallas after a car in which he was riding crashed into a bar. Fox4News.com reported that the automobile hit four pedestrians on a crowded sidewalk and a bartender inside the Sidebar Bar.

Although none of the victims appeared to have life-threatening injuries, three people were taken to a local hospital.

A 26-year-old woman, identified by Dallas police as Shabrika Bailey, was reportedly drunk when she exited a parking garage and backed into the Sidebar Bar. According to Fox4News.com, Boykin was arrested at the scene for possession of more than two ounces of marijuana and intoxication.

Boykin made Seattle’s roster last season as an undrafted free agent out of Texas Christian University in Fort Worth after finishing ninth in the 2015 Heisman Trophy voting. During his senior year, he was arrested for allegedly striking a police officer after being tossed from a bar in San Antonio prior to the Alamo Bowl against Oregon.

Suspended from the game, he pleaded guilty to resisting arrest, a misdemeanor. Boykin admitted that the arrest and suspension probably cost him a chance to get drafted.

A Seahawks spokesperson said, “We are aware of the situation involving Trevone Boykin. We are still gathering information and are disappointed.”

Boykin and Russell Wilson are the only two quarterbacks on Seattle’s roster.