NFL owners voted 31-1 to let Raiders relocate to Las Vegas from Oakland, the third city in two years to be gashed by the NFL. By comparison, Seattle and NBA aren’t looking so bad. 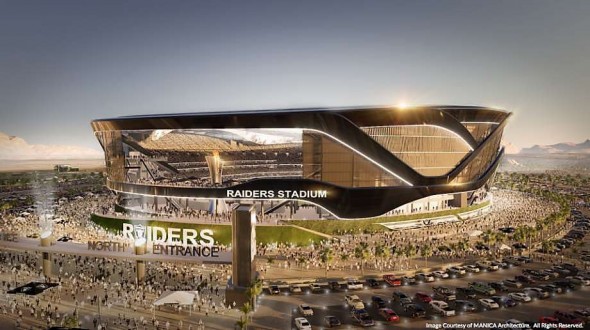 After a long, slow disentanglement, NFL owners, including the Seahawks’ Paul Allen, voted 31-1 Monday to allow the Raiders to move to Las Vegas in a couple of seasons, making Oakland the third U.S. city in two years that the pro football colossus has told to drop dead.

Following examples in St. Louis and San Diego, Oakland politicians and taxpayers have sufficiently resisted attempts to get massive public money to fund new stadiums, and paid the sports price. The news was little surprise, given Oakland’s persistent financial problems, but it did officially signal the NFL’s intentions that it will follow the money and not the face paint.

The deal is not quite done, given the fact that Las Vegas does not have a football stadium sufficient for an NFL team.

Raiders owner Mark Davis does, however, have a promise from from various people in Nevada for a $1.9 billion domed building holding 65,000 seats, which won’t be ready until 2020 at the earliest. The team does have a pair of one-year options to continue leasing the decrepit Coliseum, which still has occasional problems with the flush-toilet thing.

In a statement, Davis tried to make nice with Oakland fans, who are asked to indulge at least two, and possibly three, lame-duck seasons before he decamps to a place that has mastered the art of swindling the innocents, a skill the NFL admires greatly.

“The Raiders were born in Oakland and Oakland will always be part of our DNA,” Davis wrote in a public statement released Monday. “We know that some fans will be disappointed and even angry, but we hope that they do not direct that frustration to the players, coaches and staff. We plan to play at the Coliseum in 2017 and 2018, and hope to stay there as the Oakland Raiders until the new stadium opens. We would love nothing more than to bring a championship back to the Bay Area.”

Indeed, the Raiders, after ending a 14-year playoff drought in 2016 with a 12-4 season that included a playoff game, are a decent shot, behind a healthy QB Derek Carr in 2017, to win it all. That would produce perhaps the all-time moment of sports awkwardness, presenting the Lombardi Trophy to a team supported by a handful of drunks in Halloween costumes who have not been disarmed of sharp objects.

The moment would be even more intense if former Seahawks RB Marshawn Lynch, the ultimate anti-authority figure and Oakland homie, returns to play for the Raiders and accepts the MVP Trophy from Commissioner Roger Goodell.  Lynch may have words to share.

But let’s not let giddiness get the best of us.

One of the first things the city of Oakland has to figure out is what to do with $95 million in debt that city and Alameda County taxpayers hold from the 1995 remodel of the Coliseum that brought the Raiders back from Los Angeles. It is one thing to insult Raiders fans; it is another to rob them.

Since the Raiders have committed to spending $500 million on the new stadium, Davis is unlikely to want to clean up any mess he is leaving behind in Oakland. Once again, a U.S. municipality is, after a decades-long affair with pro sports, left with a bag of rocks.

The scenario is worthy of consideration in Seattle, where almost nine years ago a similar situation occurred with the Sonics and the NBA. In the passage of time, things don’t look quite as bad.

You may recall that the city, faced with a team owned by Oklahoma City scalawags who wanted to relocate despite two years remaining on the lease at KeyArena, agreed to accept $45 million to settle a lawsuit in order for the soon-to-be Thunder to get to OKC for the 2008-09 NBA season.

The settlement paid off the remaining debt on a $100 million remodel, also done in 1995, plus some change for potted plants. To this day, the Key is running a modest revenue surplus.

The sports community pilloried Mayor Greg Nickels and the Seattle City Council, as well it should, because they folded on a winning hand. Nevertheless, the passage of time has revealed no discernible cracks in the foundation of the Soviet of Seattle due to the absence of the NBA. Sure, having Kevin Durant around would have been a hoot, but he’s already left Oklahoma City, so here we are anyway.

The passage of time has also caused a change in Seattle and the pro sports marketplace. The burg has come out of the recession in prosperous fashion, so much so that in the last six months the requirement to offer public subsidy to broker a return of the NBA, or the arrival of the NHL, has vanished.

Would-be Sodo arena builder Chris Hansen has dropped his request for up to $200 million in construction loans, needing only a street vacation from the city, for which he would pay as much as $20 million. Independent of that, Mayor Ed Murray has two experienced takers on his notion to again retrofit KeyArena, this time on the nickel of the private developers.

Whether the privates can create a world-class concert hall/sports arena that still makes money in the increasingly choked urban village of lower Queen Anne will begin to be known April 12, when bids are due. The city will decide by June 30 whether to accept a bid for the Key, or try to make it work with Hansen.

In 2008, Seattle said hell no to the pro sports industrial complex, getting a golf clap from the town progressives and contempt from the sports community. The monopolists, led by the Voldemort-ish David Stern, extracted their pound of flesh.

Yet here we are, a green-and-gold scar still visible but offering no impediment to daily function that has helped see the return of the marketplace to Seattle, with a shift in leverage toward the city.

It is no time to gloat over the heartbreaks in Oakland, which followed those in St. Louis and San Diego. But it is worthy to take a moment to reflect on whatever combination of good fortune and hard work has allowed the city to acquire prizes under-appreciated and even more rarely seen, when it comes to civic battle with the sports monopolists: