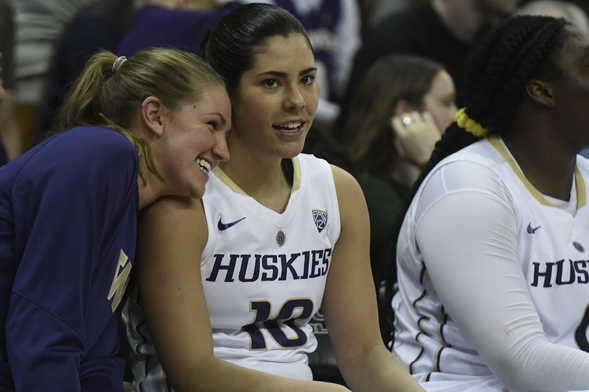 The University of Washington’s Kelsey Plum continued her postseason trophy haul Friday when she won the 2016-17 Dawn Staley Award, presented annually to the best guard in women’s college basketball. Plum, a unanimous All-America choice earlier this week and named the Associated Press Player of the Year Thursday, is the first player in UW history to win the Staley award.

“For four years Kelsey has been exactly the kind of ambassador women’s basketball needs,” Dawn Staley said. “She’s exciting, she’s talented, and most of all, she’s driven. You don’t become the highest-scoring player in the history of the game without putting in the work, off the court, every single day.

“No one is more deserving of this award because no one has worked harder for it. Kelsey is the type of player young girls around the world can look up to, and we’re all looking forward to seeing what she does next.”

Staley, a three-time Olympian, played at the University of Virginia from 1988-92, spent 10 years in professional leagues and is a coach with the U.S. National Team.

Plum is also a finalist for the Naismith and Wade awards.