Mike Neighbors was willing to pay a $1 million buyout to leave Washington women’s hoops, which is also losing to graduation stars Kelsey Plum and Chantel Osahor. 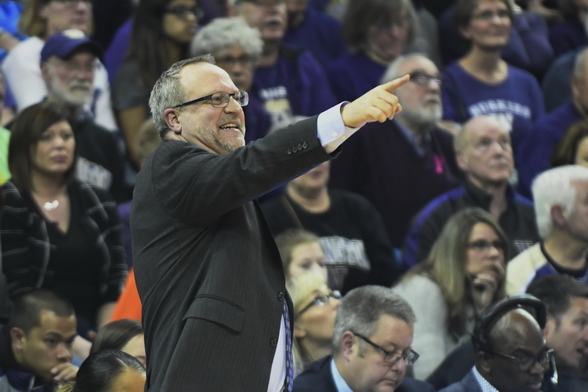 Mike Neighbors, who coached the University of Washington women’s basketball team to three NCAA appearances in the past four years, including a Final Four in 2016, bought his way out of his contract to return to his native Arkansas to coach the Razorbacks. The 47-year-old Neighbors must pay the Huskies $1 million under the terms of a buyout clause he signed last year.

“It’s more than a dream,” Neighbors said in a statement released by Arkansas Monday. “A lot of the time, things like this don’t live up to the expectations that you establish in your dreams. This will exceed it.”

Neighbors went 98-41 during his tenure at Washington and coached two of the greatest players in school history, Kelsey Plum and Chantel Osahor, both All-America selections. But both are graduating, along with two-year starter Katie Collier. So Neighbors is leaving as program that faces a rebuild.

At Arkansas, Jimmy Dykes resigned March 3 after a 13-17 record, including 2-14 in the highly competitive Southeastern Conference, which produced the finalists in NCAA championship game Sunday when South Carolina beat Mississippi State 67-55 (box). Dykes was 43-49 in three seasons.

Neighbors’ Washington contract paid him slightly more than $290,000 annually and was scheduled to expire after the 2022-23 season.

Get to know the next @RazorbackWBB head coach.