Marshawn Lynch, who retired from the NFL after the 2015 season, visited the Oakland Raiders Wednesday, perhaps as a prelude to coming out of retirement. 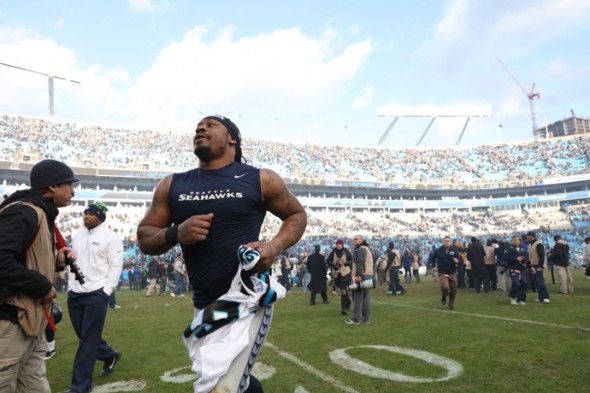 With Seattle’s permission, retired Seahawks RB Marshawn Lynch paid a visit to the Oakland Raiders’ facility Wednesday and, according to Ian Rapoport of the NFL Network, told the Raiders he intends to come out of retirement and would like to play for them in 2017.

“My understanding,” reported Rapoport, “is that meeting with (head coach) Jack Del Rio is the final hurdle. If the Raiders coach signs off, dominoes fall.”

In order for Lynch to play for Oakland, he first must apply for reinstatement with the NFL and placed back on Seattle’s roster. Lynch remains under the Seahawks’ control since he retired after the 2015 season with two years remaining on his contract. As of Wednesday, Lynch had not applied for reinstatement.

“My understanding is that if he would want to come back and play, it would be for the Raiders,” said Seattle GM John Schneider.

At best, the Seahawks would receive a late-round, conditional pick depending on how much playing time Lynch received with the Raiders. Before that happened, the Seahawks would likely ask Lynch to pay back a $2.5 million signing bonus he received in 2016 when he did not play.

Lynch, an Oakland native, will turn 31 in two weeks.