According to reports, Marshawn Lynch and the Raiders have started negotiations on a short-term, incentive-laden contract. For now, the Seahawks hold his rights. 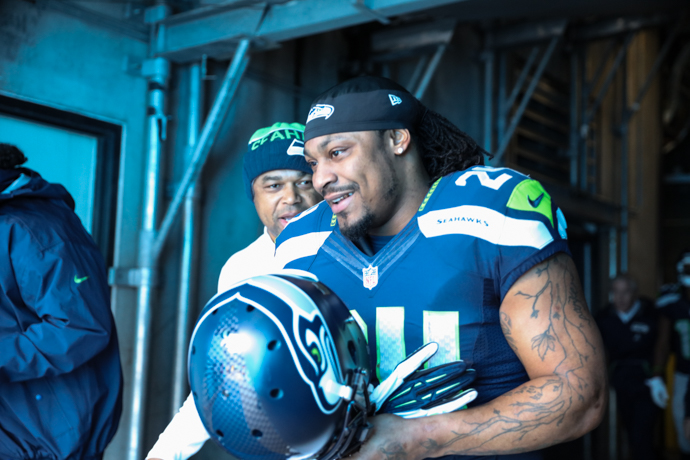 Marshawn Lynch is poised to play for the Raiders. / Drew McKenzie, Sportspress Northwest

According to multiple reports, including this one from ESPN, the Oakland Raiders and RB Marshawn Lynch began contract negotiations Thursday after Lynch decided to seek reinstatement to the NFL after a year of retirement from the Seahawks. The network reported the deal is short-term and laden with incentives.

The Raiders can trade with the Seahawks for Lynch’s rights before he’s formally reinstated, but Lynch would be required to be fully reinstated as soon as a new contract is executed. In exchange for Lynch, the Seahawks would seek a conditional draft pick, perhaps a seventh-rounder.

Lynch has rushed for 9,112 yards and 74 touchdowns in nine NFL seasons, though injury limited him to seven games in 2015, when he averaged 3.8 yards per carry. He last played Jan. 17, 2016, in a loss to the Carolina Panthers in the NFC divisional playoffs.