Jody Wynn, who guided the Long Beach State program for the past eight years, is the new women’s head basketball coach at the University of Washington. 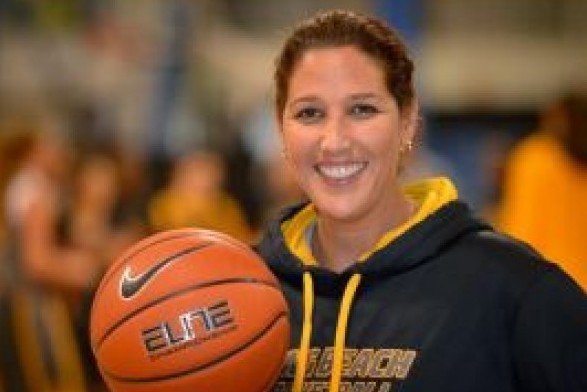 The University of Washington Friday named Jody Wynn, who spent the past eight seasons at Long Beach State, as its head women’s basketball coach, replacing Mike Neighbors, who bought his way out of his contract last month to take the top job with  the University of Arkansas women’s team.

“I am thrilled to welcome Jody and her family to the University of Washington,” said UW athletics director Jennifer Cohen said. “She has built a culture of excellence at Long Beach State, which has inspired championship values and achieved results. She possesses a fierce competitive nature, and always operates with the utmost integrity. I believe her skill set and experiences are the perfect fit to capitalize on the momentum our program has built and lead us into the future.”

Washington will introduce Wynn as its 11th women’s basketball coach at a press conference Monday at Alaska Airlines Arena.

Wynn has more than 20 years of collegiate coaching experience. She is coming off three consecutive 20-win campaigns, including Long Beach State’s first NCAA Tournament appearance since 1992. The 49ers nearly pulled off one of the tournament’s biggest upsets this season, falling to No. 2 seed Oregon State 56-55.

In her eight years at Long Beach State, Wynn, a four-year letterwinner and starting guard at USC from 1993-96, also led the team to eight Big West Conference appearances and three WNIT showings.

“I am thrilled to be part of such a prestigious university, and to build on a tremendous women’s basketball culture that has been established at Washington,” Wynn said. “The city of Seattle loves basketball, and I’m excited to bring our family there, and to build a wonderful family environment within our program.”

Prior to Long Beach State, Wynn spent five seasons as the senior assistant, recruiting coordinator and head of scouting at USC, where she was in charge of bringing in four nationally ranked recruiting classes, including the No. 1-ranked group in 2006. On the court, Wynn coached seven All-Pac-10 performers, a conference freshman of the year and a WNBA draft pick.

Wynn entered the coaching ranks in 1996-97 as an assistant at Pepperdine, where she helped the Waves to six postseason appearances, including three bids to the NCAA Tournament. In her eight seasons in Malibu, Pepperdine had six 20-win campaigns and captured four West Coast Conference championships.

Wynn earned her bachelor’s degree in exercise science from USC in 1996 and earned a master’s in education from Pepperdine in 2000.