He is likely a second-round pick, if he’s chosen at all, but Nigel Williams-Goss is ready to move on to the NBA draft. His one season at Gonzaga was spectacular. 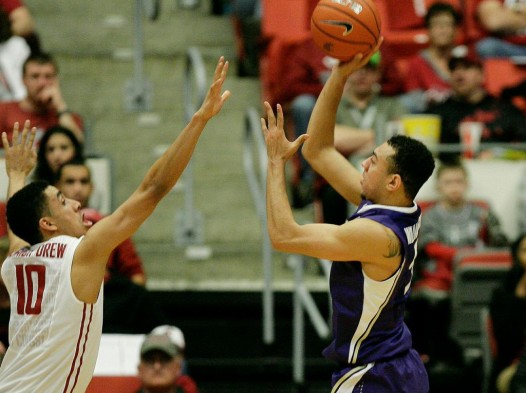 It wasn’t a surprise, but now it’s official: After one season at Gonzaga, Nigel Williams-Goss is headed to the NBA draft. He signed with an agent, ending his college eligibility. The junior guard, who transferred from the University of Washington two years ago, led the Zags in scoring and helped take them to the NCAA championship game.

“I feel like mentally and physically I’ve done pretty much all I could do at this level.”

From Happy Valley, OR., Williams-Goss was recruited to UW by coach Lorenzo Romar, but became disenchanted and transferred after two seasons. After sitting out a year per NCAA rules, he became part of the best team in Gonzaga history at 37-2.

The 6-3, 190-pounder is seen in some mock drafts as a second-rounder, and there’s a chance, because of below-average athleticism for the NBA, he may go undrafted. He’s also 22 in an era when many high first-round picks are 18 and 19. He may be taken behind another Gonzaga player, 7-foot Zach Collins, who was a freshman that didn’t start.

But he is a student of the game, and of school — he was the sixth player in the past 20 years to be a first-team All-America selection and a first-team Academic All-America. He graduates with a 3.84 GPA in psychology.

“I wanted to be all in, one way or the other,” Williams-Goss said of the possibility of testing his chances before signing with an agent. “Either I was going to come back to school, or go for it. I’m 100 percent confident mentally and physically. With my age, I’ve been able to mature a lot in four years and improve year after year.”