Bob Rondeau, who has broadcast University of Washington football games for 36 seasons, will call one more and then retire following the 2017 campaign. 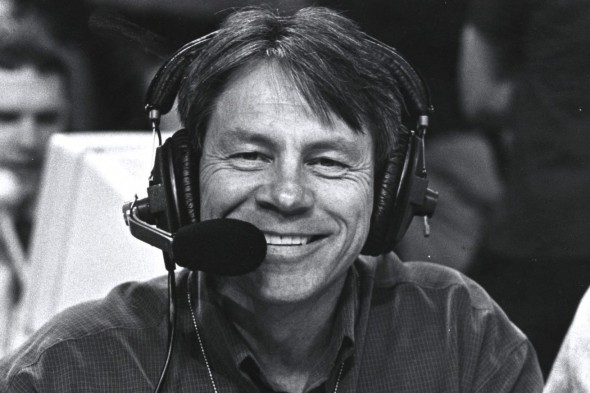 Longtime University of Washington football and men’s basketball play-by-play radio broadcaster Bob Rondeau announced Thursday that he will retire after  the 2017 football season, his 37th with the program. Rondeau informed athletic department officials of his decision earlier this month.

“Being the voice of the Huskies has been the centerpiece of my professional life for nearly 40 years,” Rondeau said. “It has allowed me to witness and to chronicle some of the greatest moments in University of Washington athletic history. Also, some of the most difficult. Throughout, I have cherished both the opportunity and the challenge to properly represent a great institution and to be connected to those who so passionately support it.”

Rondeau began broadcasting football for the Huskies in 1978 as an analyst alongside former Seattle sportscaster Bruce King, before taking over play-by-play duties in 1981. Rondeau has also served as the voice of Huskies basketball for 31 years.

In 2016, Rondeau was honored with the National Football Foundation’s Chris Schenkel Award, presented annually in recognition of distinguished careers broadcasting college football with direct ties to a specific university. He was inducted into the UW Athletics Hall of Fame last year.

“Bob Rondeau is an icon of Huskies athletics,” said athletic director Jennifer Cohen. “In nearly four decades of outstanding work, he has narrated many of the most memorable Huskies sports moments. His work has been nationally recognized, and he has represented our institution with exceptional class and dignity throughout the decades. We all owe Bob a debt of gratitude for his service to this university, and we look forward to sending him off the right way after one final season.”

A 1972 graduate of the University of Colorado, Rondeau began his broadcasting career in his home state as a news reporter and anchor in Cortez and Denver, and later in Phoenix.

He was hired as sports director at KOMO radio in Seattle in 1977. The following year, KOMO landed the broadcast rights for Washington football and basketball games. To cover the Huskies, the station hired King and paired him with Rondeau, whose previous play-by-play experience was a two-year stint with the Seattle Sounders soccer team. Two years later, when King left to take a television job in New York, Rondeau became the voice of the Huskies.

Rondeau is the second-longest tenured football play-by-play radio broadcaster in the Pac-12. During his five-decade career, he has covered some of Washington’s greatest coaches and athletes, including College Football Hall of Famers Steve Emtman, Lincoln Kennedy and coach Don James, and Husky basketball standouts Brandon Roy, Detlef Schrempf and Isaiah Thomas.

“As I retire, I wish to thank both the university and my employer, IMG and the Washington/IMG Sports Network and its affiliates, including flagship stations KOMO and KJR. Through their partnership, we’ve been able to do, I think, some of the best sports broadcasting in America.

“In the process, I have been blessed to work with any number of wonderfully talented people, forming lasting relationships and, in many cases, lifelong friendships. The list is far too long to itemize here. It includes those with whom I’ve worked directly on-air, those who’ve worked so hard behind the scenes to create a first-class radio product and those administrators, coaches and players who strive so relentlessly to excel on the field.

“Finally, I’d like to express my profound appreciation to the Husky fan base for their enduring support, their encouraging words and yes, from time to time, their constructive criticism. I very much look forward to being a part of that fan base in the future.”