Seahawks WR Doug Baldwin said Donald Trump is like “a child craving attention,” but also saw opportunity to bring the sports world together after the president’s incendiary remarks. 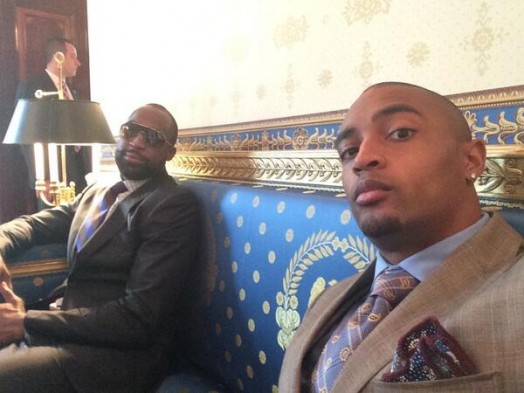 Seahawks WR Doug Baldwin unleashed a barrage of invective Saturday against Donald Trump following the president’s remarks Friday in Alabama calling NFL players who protest “sons of bitches” and encouraging fans to walk away from games where protests of the national anthem occur.

He also saw Trump’s remarks as an opportunity for the sports world.

“I’m not surprised by Trump’s comments,” he said in a statement released to media from Nashville, where the Seahawks play Tennessee Sunday. “He has shown, since the beginning, his dehumanized nature. To think he would be anything different is to not know the reality of his presidency. He has surrounded himself with like-minded people and has removed anyone who challenges him. He acts like a child craving attention and any attention will do.

“Although these recent comments are not the worst things he’s said or done, I do believe that this will be a unifying moment for the sports world. And with as much influence as athletes have on the younger generation, this can be an opportunity for us to change the narrative of society and point to the president as a poor example of what you can become if you remain close-minded, ignorant and uneducated.

“For all the hate and negativity that has come from Trump’s presidency, I am still hopeful for justice and love to win out. As I continue to my efforts with the youth of our communities and engage with this hatred, I will resist the urge to return hate with hate and instead react in love and compassion for those who simply cannot.

“I encourage others to do the same.”

Baldwin, the son of a retired Florida policeman who served 35 years, has been active in acting as a liaison between police and community groups to help de-escalate tension in the wake of shootings of unarmed black men by police.