Stout throughout, and behind throughout, the bedragged Seahawks had a good shot against the Falcons, but Pete Carroll’s decisions were obstacles too big to surmount. 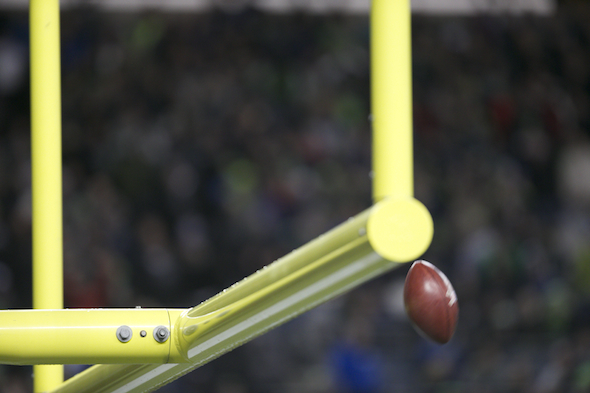 Given the circumstances entering the game, it was entirely reasonable that the Seahawks defense would be vulnerable to a big game from a quality Atlanta Falcons offense. And since the Seahawks offense was only Wilson-dimensional, it too, could be expected to falter.

Special teams were in trouble too, since several key players were advanced to the first team because of injuries. So being down 14-0 halfway through the first quarter was hardly a shock.

All three units did enough good things to put the Seahawks in a position to pull out a win over the defending NFC champions on Monday night after 11 days of bad health news created the most personnel disarray of Pete Carroll’s coaching tenure.

But of all things in an excruciating 34-31 defeat, what did in the Seahawks was the one element impervious to failures of the flesh: Carroll.

His decision to fake a field goal attempt for a play that failed disastrously, coupled with mismanaged second-half timeouts that shrank the margin for error in final drive, helped squander an otherwise valiant effort to remain relevant despite increasingly dour odds.

Despite the injury absences of CB Richard Sherman, SS Kam Chancellor, DE Cliff Avril, DT Jarran Reed and numerous others, they lost barely, 34-31, when just a small ration of cool from Carroll might have had them in first place in the NFC West at 7-3.

Instead, they are 6-4 and reeling from more injuries (CB Shaquill Griffin, RB Mike Davis, RG Oday Aboushi), as well as a feeling of slippage.

WR Doug Baldwin struggled to avoid second-guessing his coach on a play that had the rest of the Monday night football nation bewildered.

“Yeah, hindsight is 20/20,” he said quietly of the foregone three points in a low-percentage bid for six. “You wish now we’d had that (field goal). The game plays out differently. In that situation, everyone in the world thought we were going to kick a field goal.

“It was a perfect time for that play that we were going to call in that situation.”

Whether it was perfect is debatable, but it certainly was true that everyone in the world anticipated a field goal, in the way that a thirsty person anticipates a drink of of water.  Instead, Carroll ordered a double shot of Fireball.

Passing on a 34-yard field goal attempt from Blair Walsh that would close the halftime deficit to 24-20, Carroll at :07 dialed up a fake that had placeholder Jon Ryan shovel a pass to TE Luke Willson running across the formation. The idea was to sweep in for a touchdown or get out of bounds by :01 to kick the field goal.

But the Falcons, alerted by coaches for a fake, kept in the No. 1 defense. DT Grady Jarrett surprised the Seahawks with his positioning and blew in to crush Willson for a four-yard loss.

The outcome so perplexed the 69,026 on hand at the Clink that they barely mustered a few boos.

“It was a chance to make a big play. We had a chance to make a touchdown, or get out of bounds. If that pops, he might walk in. We were prepared. We had worked on it, we saw something that we liked. We didn’t expect the nose tackle to make the play. We felt we would get him knocked off and we didn’t.

“So, it didn’t work out. But that was being aggressive and going for it, and trying to get a touchdown there.”

It certainly was aggressive, which is often good. But the Seahawks had done a stout job of hanging in through the first half, and maintained close quarters throughout. So to take the away the reward of an almost certain three points to risk a horizontal play that requires well-timed execution from a repeatedly suspect line — and to hope their old defensive coordinator, Falcons head coach Dan Quinn, didn’t remember it — was asking too much.

Asked what he saw, Willson said, “(Jarrett) wasn’t supposed to be there. I was just watching the ball.

Then the second half, the Seahawks burned up their three timeouts ahead of the final possession that began with 1:46 left at their own 25. The most egregious waste was a coach’s challenge on a pass to Baldwin that was ruled incomplete. Replays in stadium and on TV showed the call clearly was correct; Baldwin didn’t control the ball before he hit the ground.

The call was upheld, a timeout was lost, and Carroll explained that it was because he trusted Baldwin’s version of events.

“Doug and I have been through this for years, and he’s been right a bunch of times,” he said. “The ball may have touched the ground, but he knew he had secured it. That’s what he said.

What is it they say in national security briefings? Trust, but verify.

Anyway, Russell Wilson coaxed the Seahawks into another harrowing last-minute adventure — on the previous possession, they traveled 75 yards in five plays that took 49 seconds for a touchdown and two-point conversion — that reached the Atlanta 34-yard line before he spiked the ball to stop the clock at :07.

Carroll admitted he was ready to try another pass play for a few extra yards. But after an Atlanta timeout, he calmed down and chose the option of a 52-yard field goal attempt from Blair Walsh, whose career-long was 56, to force overtime.

Short. By about two feet. Ballgame.

“That’s in our range,” Walsh said. “I probably need to drive it more and I didn’t. I know it sounds simple, but that’s really the only thing I can think of.”

Actually, there were a lot of simple things that could be thought about that could have made the need for 24 inches unnecessary, including nine penalties for 106 yards — the NFL leaders in crime have been over 100 yards for five games in a row.

One of them happened on Atlanta’s final punt,  a hold by an obscure special-teamer, Josh Forrest, that forced the Seahawks start at the 25 instead of the 35. As always, the if-then game is nearly infinite.

But the facts were that the players screamed back from 14-0 and 21-7 deficits to stay in a game in which they appeared out-manned, something rarely observed in the Carroll era.

After a period of despair over the physical losses to a team beginning a fade from eminence, they deserved this one shot at another glorious Monday night dazzler.

Just as players, coaches are allowed to make mistakes too. And perhaps that will be accounted for in the Carroll tradition of “tell the truth Mondays,” one day late this week. Injuries aren’t all physical, but those heal too.