Huskies finish at No. 16 in final AP football poll

After bowl losses, Washington dropped four places in the final Associated Press college football poll, and Washington State dropped out of the top 25. 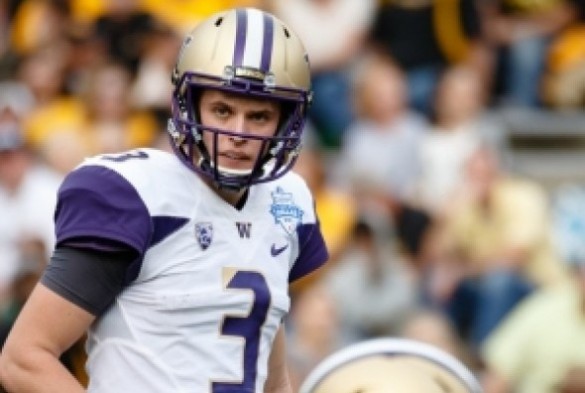 Jake Browning is expected to quarterback the Huskies in 2018. / Wiki Commons

The University of Washington finished 16th in the final Associated Press college football poll, which was taken after Alabama defeated Georgia for the national championship Monday night in Atlanta. The Huskies, No. 12 in the final regular-season AP rankings, fell four spots after losing to Penn State 35-28 in the Fiesta Bowl Dec. 30.

The Huskies (10-3), who lost both their games against top 25 teams, are one of three Pac-12 schools in the final poll. USC came in at No. 12 after losing to Ohio State 24-7 in the Cotton Bowl while Stanford was No. 20 after falling to Texas Christian 39-37 in the Alamo Bowl. Pac-12 teams involved in bowl games went 1-8, the worst showing by a Power 5 conference team in the BCS/CFP era.

Utah scored the only win, a 30-14 victory over West Virginia in the Heart of Dallas bowl.

Washington State, which lost to Michigan State 42-17 in the Holiday Bowl, was the only team ranked in the final regular-season poll to fall out of the Top 25 after the bowl season.

Alabama received 57 of 61 first-place votes from the AP media panel after its 26-23 overtime win Monday night. Central Florida received the other four first-place votes to finish sixth, best ranking in the history of the program. The Knights are the first team to finish the season undefeated and not win a national title since TCU in 2010.

Georgia was second, its best ranking since 2007, and Oklahoma was third, followed by Clemson and Ohio State.

The national championship is the 12th for the Crimson Tide and fifth under coach Nick Saban since 2009. Saban joins the late Alabama coach Paul “Bear” Bryant as the only coaches with five AP titles.

Alabama is also the first preseason No. 1 to finish at the top since USC in 2004 and the 11th overall.

Washington, which finished No. 4 in the final AP poll in 2016, opens the 2018 season Sept. 1 against Auburn University in Atlanta. Washington State opens the same day, on the road at Wyoming.