The Sounders are bringing back forward/midfielder Lamar Neagle and adding 6-foot-6 goalkeeper Calle Brown to the roster. 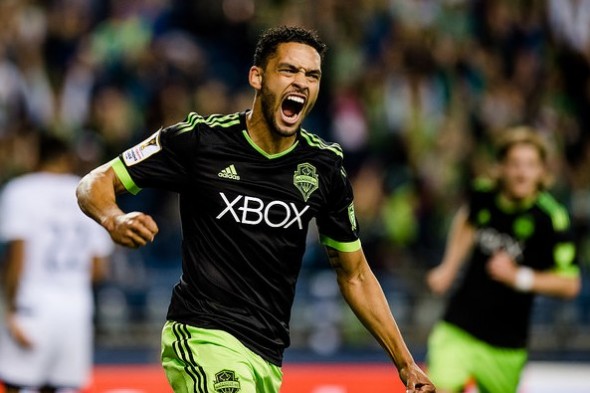 The Sounders Tuesday signed MF/F Lamar Neagle of Federal Way and goalkeeper Calle Brown to contracts for the 2018 season, which gets underway Thursday in El Salvador against Santa Tecla FC in the first leg of the CONCACAF Champions League. Neagle, the No. 4 goal scorer in franchise history, is returning for his seventh season.

This marks Neagle’s fourth stint with the franchise. Brown, a three-year pro out of the University of Virginia, joins following a successful preseason trial. He becomes Seattle’s third keeper, along with Stefan Frei and Bryan Meredith.

Seattle has 27 players on the first-team roster.

Neagle, 30, has 28 goals during his various stints, trailing only Fredy Montero, Clint Dempsey and Obafemi Martins, in 124 MLS appearances with the club. He re-joined the Sounders after a trade with D.C. United in August. He previously played in 2009, 2011 and 2013-2015.

Brown, 25, spent the last two seasons with the Houston Dynamo, making 19 appearances for the club’s USL affiliate Rio Grande Valley FC Toros. The 6-foot-6 keeper won a collegiate national championship in 2014 at the University of Virginia, where he recorded 13 shutouts in 29 starts across two seasons.