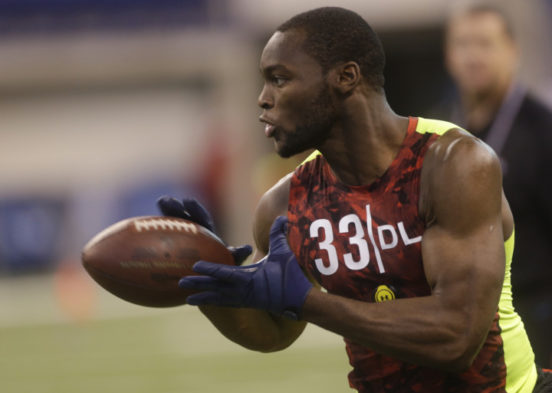 On the first day of the NFL’s new year Wednesday, the Seahawks signed DE/LB Barkevious Mingo and predictably sent away RBs Thomas Rawls and Mike Davis, then lost CB DeShawn Shead in free agency. Countering those departures, Seattle retained DE Dion Jordan, the No. 3 pick in the 2013 draft who returned to health last season, and also made official the trade of DE Michael Bennett to the Philadelphia Eagles.

In addition, the Seahawks did not tender LB Dewey McDonald, now an unrestricted free agents. Rawls, Davis and McDonald could return to Seattle, but at a lower cost.

Mingo, 27, was mainly a role player on the Indianapolis Colts defense last year. In 16 games and six starts, he had 44 tackles (32 solo), two sacks and three forced fumbles. Mingo saw most of his starting time when starting outside LB John Simon was injured.

Mingo has yet to live up to the billing of being the No. 6 pick in the 2013 draft with the Cleveland Browns.

Jordan will receive a salary of $1.907 million. If any team signs Jordan to an offer sheet, Seattle can match or get a first-round pick — the round in which Jordan was selected in 2013 — as compensation.

Rawls looked like a budding star and a potential replacement for Marshawn Lynch in 2015 when he ran for 830 yards and 5.6 per carry. But he hasn’t been the same since breaking an ankle against the Baltimore Ravens late in the 2015 season. He interviewed with the Carolina Panthers Wednesday.

Davis emerged as a starter late last season and was the leading rusher among running backs with 240 yards, trailing the 586 of QB Russell Wilson.

Shead at one time appeared to be a starting corner, but tore an ACL in a playoff game at Atlanta, which sidelined him most of last season. The former special-teams captain inked a one-year, $3.5 million deal with the Detroit Lions that was more than $2 million over what the Seahawks paid him last season.