Thiel: Pac-12 is the Fredo of college hoops

If you’re going to play fast and loose with the rules, at least win. But Pac-12 hoops went 0-3 in the NCAA tourney’s first round. Disorganized crime. 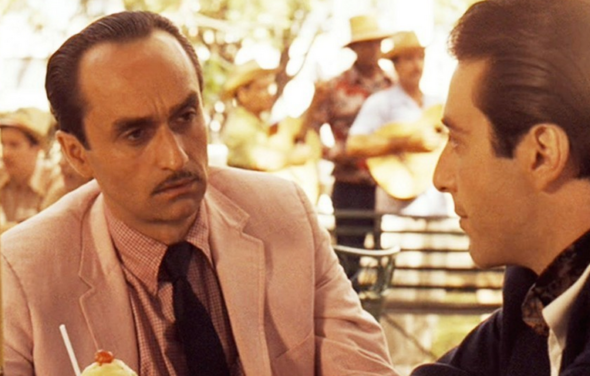 Is it possible to fire a college basketball conference?

Perhaps that is a question for the experts at the White House, who have managed to disrupt entire institutions with mere tweets.

The Pac-12 Conference is certainly worthy of disruption. If the course remains steady, it will soon join LaVar Ball in Division III Lithuania.

As you may have read, the conference is the Fredo of college hoops. Assigned only three spots in the 68-team NCAA tourney, two of them back-doored into the play-in, First Four matinee, the Pac-12 went 0-for-3.

In less time than it takes for Dick Vitale to say something foolish during a broadcast, the Pac-12 is back home, wondering if the season peaked with UCLA’s international shoplifting scandal.

The nadir came came Thursday night, when the Boris Badenovs among the Left Coast bumblers, the fourth-seeded Arizona Wildcats, went down so hard and so fast to the 13th-seeded Buffalo Bulls, 89-68, that the forensics lab may take weeks before issuing a positive ID.

Because of superb seven-foot center Deandre Ayton, the Pac-12 champs were a popular darkhorse pick among bracketeers to reach the Final Four. Instead, the Wildcats shocked the hoops world in a different way and are headed to the glue factory.

The upset followed the embarrassment Tuesday in Dayton, where UCLA matched its season high with 20 turnovers, giving St. Bonaventure its first tournament victory in 48 years with a 65-58 win. On Wednesday in Dayton, Arizona State scored a season low in a 60-56 defeat to Syracuse, the team selected last in the tourney field.

Until this week, the Pac-12 had a bit of dignity going for it: It was the only conference to get a team to the round of eight in the past four seasons (Arizona in 2014-15, and Oregon the next two). Now, it may have to re-apply to play Division I ball.

There is one West Coast guy who has to be happy about this: Mark Emmert.

The Fife High School graduate and former University of Washington president has had his career arc descend to the NCAA presidency, a job only slightly less odious than being spokesman for the Tobacco for Tots campaign.

In September, the FBI arrested four assistant coaches, two from the Pac-12 (Arizona and USC) on federal wire-fraud and bribery charges. The busts were part of a two-year investigation into century-long shenanigans by big-time college sports in using the out-dated concept of amateurism to shield a form of indentured servitude, which now is alleged to include felonious behavior.

The scandal is broader and deeper than the four schools and is a threat to take asunder much of the traditional vampire-like business model of the NCAA. But regarding the Pac-12, one follow-up story by ESPN claimed that the investigation’s wiretaps included Wildcats coach Sean Miller saying Ayton could be paid $100,000 for signing with Arizona.

Miller and the school have vigorously denied the ESPN bribe story, and UA allowed him  to continue coaching after a one-game sit-out. The nightmare for Emmert was an Arizona run to the championship in San Antonio, where he would have to present a trophy to Miller, who then would walk off the stage into FBI handcuffs and a black SUV headed to the federal courthouse.

The nightmare has vanished for now, thanks to widespread Western hoops incompetence. Emmert can concentrate on the NCAA’s excuse-making for its longtime negligence, while Miller and the rest of the Pac-12 try to piece together some rationalization for how the Conference of Champions abruptly became the League of Less than Extraordinary Gentlemen.

Coupled with the 1-8 bowl record of the football teams, an NCAA-record worst single-season mark, the Pac-12 finds itself in its two revenue sports with more indictments than post-season wins.

The temptation, of course, is to trot out league commissar Larry Scott and offer him a blindfold, cigarette and an opportunity for last words. But that would be a tad unfair, since he doesn’t smoke.

Fact is, Scott has neither a jump shot nor a jump cut, and is not much responsible for game outcomes, as is pointed out here by respected Pac-12 chronicler Jon Wilner. Scandalously embarrassing as has been the 2017-18 season, he argues that it is a one-off for a league that otherwise has had respectable outcomes.

Besides the short-term consequence of loss of conference revenues from fewer games in the lucrative tourney, the problem is that in the highly competitive world of big-time sports, the Pac-12 has combined athletic haplessness with rules misdeeds/potential law-breaking to look like it doesn’t know how to play the crooked game.

As Rick Pitino has established, if you’re going into go into the business of of big-time sports cheating, leave the gun, take the cannoli, and win.