Rick Welts, who started his career as a ballboy for the SuperSonics in the 1970s, is now a member of the Naismith Basketball Hall of Fame. 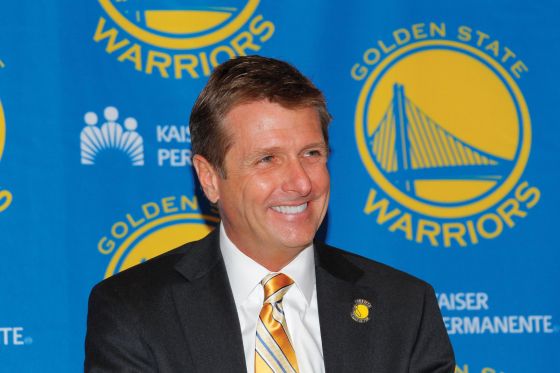 Seattle native Rick Welts, whose career in professional basketball began with a stint as a ballboy with the Seattle SuperSonics, Saturday was elected to the Naismith Memorial Basketball Hall of Fame in Springfield, MA. A graduate of Queen Anne High and the University of Washington, Welts also worked for the club as an equipment manager and public relations director before striking out for the league office in New York.

Since 2011, he has been president and COO of the Golden State Warriors, who have won two of the past three NBA championships.

Between his tenure with the Sonics when they won their lone title in 1979 and his gig with the Warriors, Welts, 65, served as former commissioner David Stern’s right-hand man in New York.

Welts helped develop the league’s marketing strategies, helped create All-Star Weekend, helped create the U.S. Olympic Dream Team in 1992, helped launch the WNBA and worked as general manager of the Phoenix Suns. He has been with the Warriors since 2011.

“He did everything, and he was great at everything he did,” Stern told the San Francisco Chronicle Saturday. “He has an innate understanding of the capacity and potential of sports, combined with the ability to deliver results. We were soul mates with respect to what the potential of sports and the NBA could be. We were very much simpatico.”

As with Stern, who retired in 2014, Welts will enter the Hall of Fame in the category of contributor.

“When I think about Rick, I think about the effect he has had, his creativity, what he’s done for the sport of basketball, his ability to work his way up and to do it authentically,” former Stanford and WNBA star Jennifer Azzi told the Chronicle. “You can ask anyone who ever worked with him and they will all say he’s a great human being.”

“We changed the debate on AIDS in this country because of Magic,” Stern said. “We developed NBA Cares, proof that sports has ability to make enormous outreach. It doesn’t surprise me at all that the NBA leads with respect to other developments.”

More than 20 years later, in 2011, Welts disclosed in a front-page story in the New York Times that he was gay, becoming the first prominent major professional sports executive to make such a public announcement.