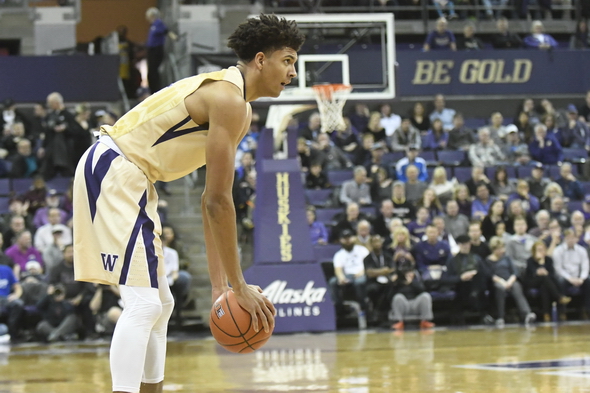 Matisse Thybulle opted not to join 236 undergrads and international players declaring  early entry for the NBA draft June 21. The Pac-12 Conference defensive player of the year is returning for his senior season at the University of Washington.

Teammate Noah Dickerson has also declared, but reportedly is not hiring an agent, meaning he can retain eligibility for his senior season if he withdraws from the early entry list by May 30, per NCAA rules.

“The NBA is really enticing and it was definitely something that I seriously considered when the season was over,” Thybulle told the Seattle Times. “I talked it over with my family and we came to the conclusion that it would be in my best interest to stay and get my degree (in communications) and grow as a basketball player and take this last year to mature and fine tune everything so I can be fully prepared to take that next step when it’s time.”

The 6-5 Thybulle has started every game (99) in his three UW seasons and set a school single season record with 101 steals. He also led the Huskies with 49 blocks.

Thybulle and Dickerson helped Washington to a 21-13 record, the most wins since 2011-12, and made the National Invitation Tournament field, narrowly missing the NCAA tourney after a six-year absence.

If Dickerson returns, Washington will have five starters and eight of its top nine scorers returning, plus two top recruits ranked in the the top 100 by ESPN.