Robinson Cano says he made a mistake that resulted in an 80-game suspension, worst in club history. But the mistake is in not owning up to the fact that he cheated. 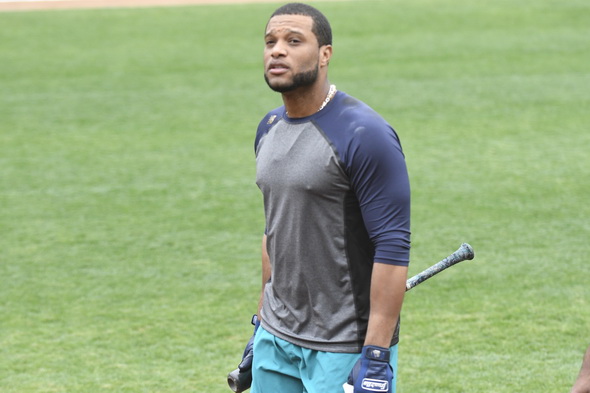 The U.S. Anti-Doping Agency has a “wallet card” of substances for athletes who compete in sports that ban performance-enhancers and masking agents. This link shows the PDF of one used by UFC athletes. In the third category of masking agents is furosemide, often commercially known as the diuretic Lasix, the substance Mariners 2B Robinson Cano admits to using.

The drug-test rules were agreed to by the players union and team owners in collective bargaining that produced a document called the Joint Drug Agreement. It would be nice to say the agreement was inspired by morality and player safety. In fact, the significant driver was that players who were not using PEDs were pissed about losing jobs and millions of dollars to players who were using.

So players agreed to a no-excuses policy, much like the one used by U.S. Olympic Committee: The athlete is responsible for the body’s contents.

So by rule, Cano is a cheater. Period.

To be taken seriously, the policy can be no other way.

A rumor passed on Twitter from MLB.com Tuesday said that Cano took the drug to help control a bout of high blood pressure. It sounds somewhat plausible — just as were the excuses of many other PED miscreants. Not buying it.

A positive test for a diuretic is not an automatic suspension. The JDA language says a positive test automatically calls for a second specimen, and a positive result is declared if the independent program administrator “determines that the player intended to avoid detection of his use of another prohibited substance.”

The drug lab busted him without knowing who belonged to the positive test.

There was no exculpatory circumstance that would have avoided national embarrassment for the game, the Mariners and a popular player.

Cano agreed to accept an immediate 80-game suspension, which will cost him $11.8 million in salary. Should the Mariners conjure a seasonal miracle, he would be banned from the playoffs.

He was already going to miss several weeks with injury — the hand bone that was broken by a pitch two days ago will be surgically repaired Wednesday in Philadelphia, according to the team — but the real pain from this episode is that he has hurt teammates and fans by removing himself until mid-August from a key role on an outfit that has become a symbol of national sports futility.

I’m not much interested in the moral high ground of indignance over PED use. Athletes have willingly abused their bodies in many sports over many years in pursuit of an edge, driven by the knowledge/fear that such good fortune may never come their way again.

In most Latin American countries, steroids are not illegal. To a 15-year-old Dominican kid coming from a home with a dirt floor, I’m not sure I could make the argument that he shouldn’t take these pills because they’re illegal in the U.S.

Nor am I much concerned with the consequences to Cano’s legacy — the probable denial of the Hall of Fame, the loss of reputation, or the judgment by some of some sort of character flaw.  He’ll serve his suspension, most fans will forgive, and he’ll still be the same guy who was well-regarded for his game and his demeanor.

He has two teammates, DH Nelson Cruz and 2B Dee Gordon, who served MLB drug suspensions without a serious denting of their careers or popularity.

“It’s awfully tough to find something positive about testing positive,” general manager Jerry Dipoto told ESPN 710 Tuesday afternoon. “But we have two great examples of players who turned it into a positive.  They’ve lived through this. They are two of the most positive impacts in our clubhouse.

“Robinson made a mistake. Other players made mistakes. To summarize what he told me, he said he wishes he’d read the small print. He understands he made a mistake that’s cause for suspension.”

I’m not buying the failure to read the small print, and it sounded as if Dipoto wasn’t either.

“One thing I can’t support is not knowing,” he said.  “We have the ability to check into that; pick up the phone and call the people in our high-performance office.”

It’s the most severe PED punishment in Mariners history, forcing a shift of Gordon from his new position in center field back to his old haunt at second base — not a bad Plan B — and perhaps go outside the organization for an everyday outfielder in May, not a good time for finding quality help.

“It has hit us as a team, it has hit him and his family,” Dipoto said. “We’re all going to have to pay a stiff penalty.”

Nothing will change that outcome. But Cano and the Mariners probably will have an easier time managing the tawdriness if he does a hard thing right now — tell the world he was looking for an edge for a 35-year-old body, and cheated.

To say he should have read the small print? That’s the mistake.