The NFL suspension of LB Mychal Kendricks was changed from indefinite to eight games, meaning he will be eligible to return for the Seahawks’ final four regular-season games. 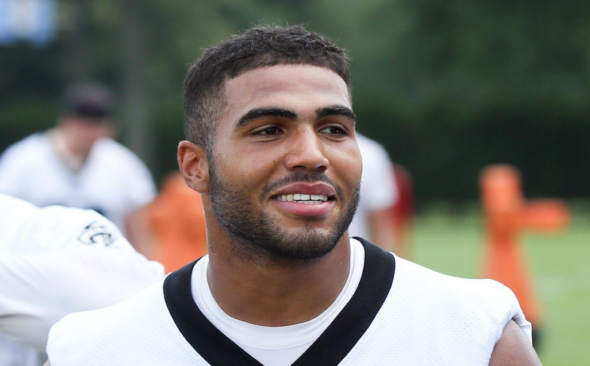 The NFL suspension of LB Mychal Kendricks will end in time for him to rejoin the Seahawks for the Dec. 10 Monday night game against Minnesota, Pro Football Talk reported Tuesday. After he met Monday with NFL commissioner Roger Goodell, the indefinite suspension Kendricks drew Oct. 2 was changed to eight games, with credit for time served.

Kendricks, 28, admitted to federal charges of insider trading for episodes that ended in 2015. His guilty plea in August caused the Cleveland Browns to cut the seventh-year pro from Cal. The Seahawks picked up the free agent Sept. 13 to help replace injured K.J. Wright.

Kendricks faces sentencing in January, which could be a maximum of 37 months in prison. But he has taken full responsibility and made restitution. Kendricks can return to practice after the Nov. 15 Thursday night game against Green Bay. In his three games, including two starts, at weakside linebacker, he played well, accumulating 15 tackles and two sacks.

Coach Pete Carroll said last week that he hoped for resolution soon to keep Kendricks on track to help late in the season.

“Really, what I’m concerned about is trying to keep him attuned to what’s going on because it’s a very difficult situation to be in limbo,” Carroll said. “He’s got some big stuff coming up in January (sentencing), but this is different.

“He’s working with the league and hoping that he can get a sense for where it fits and get his mind right. I’ve just been trying to get information to help Mychal kind of make sense of all of this.”

The Seahawks won’t have to make a roster move for Kendricks until Dec. 10, but since the NFL trade deadline is 1 p.m. Tuesday, the Seahawks obviously wanted roster clarity around Kendricks.