Washington LB Ben Burr-Kirven, a cinema-studies major with a 3.69 GPA, was named Pac-12 Scholar-Athlete of the Year. 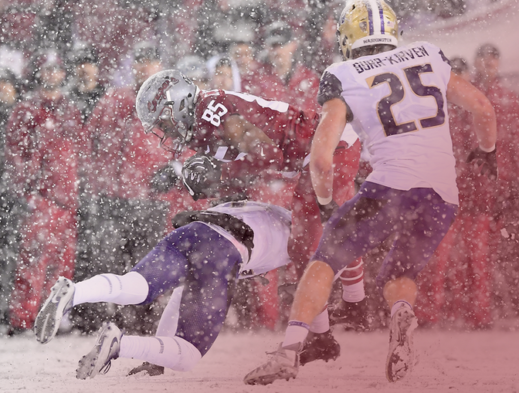 Ben Burr-Kirven has been everywhere for Washington this season — including the classroom. / Spokesman-Review

After one of best seasons for a linebacker in Huskies football history, Washington senior Ben Burr-Kirven was named Wednesday as Pac-12 Conference Scholar-Athlete of the Year for the 2018 season.

He’s the second Husky to win the honor in the past three seasons. Former OL Jake Eldrekamp won in 2016.

Burr-Kirven enters Friday’s Pac-12 Championship sharing the national lead for total tackles, with 155, 71 more than he had last season, when he also led the Huskies.

Burr-Kirven is fifth in the nation in fumble recoveries (three) and ninth in forced fumbles (four), while sharing the team lead with two interceptions.