Sikma held his own in the NBA’s age of giants

In a time when giants dominated the NBA, Hall of Famer Jack Sikma turned to face his Sonics foes with a unique jump shot that “drove them nuts,” he said. 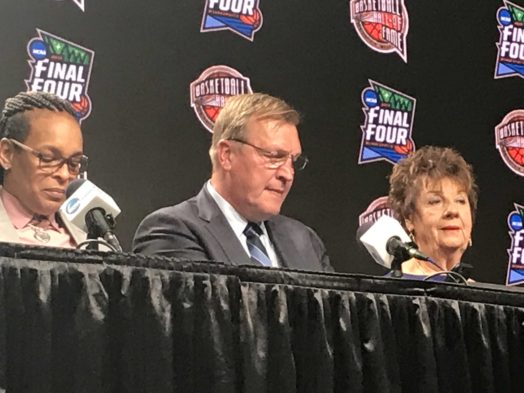 MINNEAPOLIS — Jack Sikma was talking Saturday about the top centers he faced in his NBA career. Then he mentioned Shaquille O’Neal.

“Put it this way: He missed me,’’ Sikma said, smiling.

Pardon the former Seattle SuperSonics star if he now can be a bit more braggadocious. He was named Saturday at the Final Four at U.S. Bank Stadium to the Naismith Memorial Basketball Hall of Fame, joining O’Neal and other eminent giants.

The 6-foot-11 Sikma played from 1977 to 1991 in what was a golden age for centers. He posted up against many of the greats: Kareem Abdul-Jabbar, Moses Malone, Hakeem Olajuwon, David Robinson, Patrick Ewing, Bob Lanier, Robert Parish, Bill Walton, Artis Gilmore.

“There’s some stories,’’ Sikma said. “Moses was just so tenacious. You just had to get really ready for him and geared up. His teammates knew that if you did stop him from doing something one time, they’d get on him a little bit, and he’s coming at you twice as hard.’’

Abdul-Jabbar was an imperial nemesis when the two played in the Pacific Division, Sikma from  1977-86, then finishing with Milwaukee in the Eastern Conference. The Lakers superstar came to Los Angeles from Milwaukee in 1975 and retired in 1989. 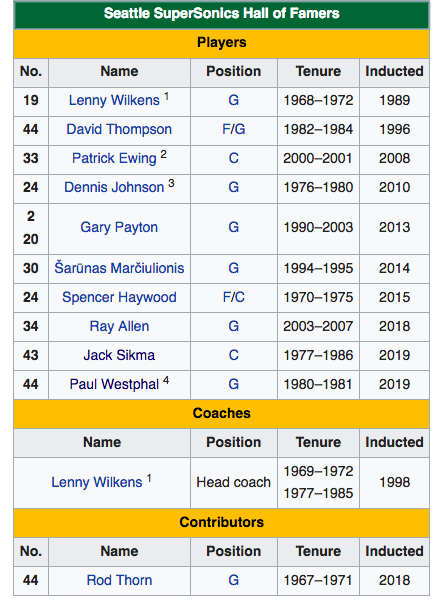 “I probably saw as many sky hooks from Kareem in this position as anyone that played,’’ Sikma said, looking up. “I was in the Western Conference for a long time when he was with the Lakers. This view (looking up) still causes some angst: ‘Please miss a few.’ But they were good battles.’’

Sikma had a trick up his sleeve when he went up against the behemoths. In an era when most centers played with backs to the basket, Sikma regularly would step outside and face the hoop with a reverse pivot, which cleared room for his unblockable behind-the-head jumper.

“That was my strength,’’ said Sikma, who averaged 15.6 points and 9.8 rebounds in his 14-year career, including his best year in 1981-82 when he averaged 19 points and 12 boards. “I was going to back them down. I wasn’t going to overpower Gilmore or Lanier.

“They had to adjust to me. I know it drove some of them nuts because I just stuck (the ball) back there farther and got over the top of them. I was going to put them in an uncomfortable situation by turning and facing, trying to create a little bit of space.’’

Sikma improved as a shooter throughout his career. With Milwaukee in 1987-88, he led the NBA in free-throw percentage at 92.2, and remains the tallest player to ever lead in that category.

A mid-range specialist with the Sonics, Sikma extended his range with the Bucks. The three-point shot was introduced in the NBA in 1979-80, but in the early years was not used much. In his final three seasons, Sikma moved toward the perimeter and became a marksman for a big man of the era –196 threes in 550 attempts, 35.6 percent.

Sikma missed O’Neal by two seasons. Had they matched up, Sikma would have enjoyed making Shaq Diesel run out of gas chasing him beyond the three-point stripe.