Once a two-season starter with the Jets, QB Geno Smith is expected to sign with the Seahawks Wednesday to compete with Paxton Lynch to back up Russell Wilson. 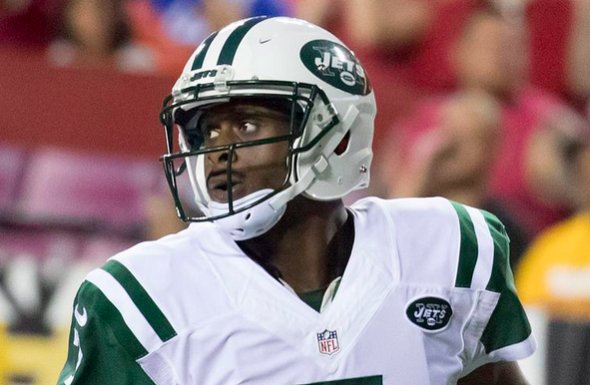 It would be harsh to say the Seahawks are becoming a home for high-promise, low-delivery young quarterbacks. But, well . . . Geno Smith.

Smith (6-3, 221 pounds) was expected to visit Seattle Wednesday and sign a contract, according to NFL.com. The Seahawks’ rookie camp provided no plausible candidates to compete ahead of mini-camp; they waived Taryn Christion of South Dakota Monday to presumably make room for Smith.

Smith had a rocky tenure with the Jets, who started him 30 times in his first two seasons. His rookie year he threw 21 interceptions, including five pick-sixes, for an 8-8 team. But by the final game of his second season, he had what passes for a perfect passing game in the NFL: A 158.3 rating thanks to 358 yards, three TDs and no picks.

His third season was thwarted by a teammate’s sucker punch in the preseason that broke Smith’s jaw,  a result of a dispute over $600. Smith played in one game. Then new coach Todd Bowles had settled on Ryan Fitzpatrick as starter, and Smith left after his fourth season.

In 2017, he signed with the New York Giants as a backup to Eli Manning, and in 2018 with the Los Angeles Chargers as a backup to Philip Rivers. He played little either place, although he looked good in a preseason game in August against the Seahawks, completing six of eight passes for 85 yards and TD, plus two runs for 14 yards, in the Chargers’ 24-14 win.

For his career, he has 29 touchdown passes, 36 interceptions and 6,182 yards. He also has 661 yards rushing and seven touchdowns on 147 carries.