The California Assembly is moving on a bill that would compensate the state’s college athletes for use of their likenesses. NCAA prez Mark Emmert says whoa. Please? 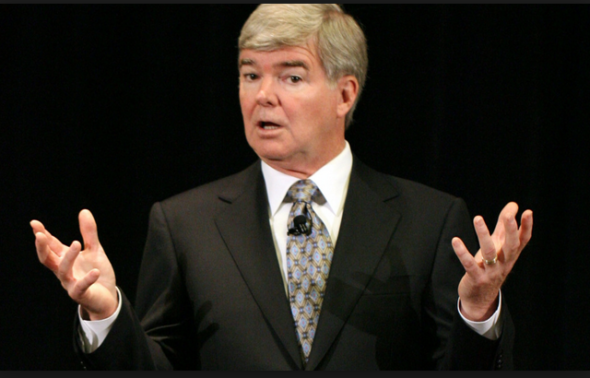 In its ongoing pursuit to remain a relic from 19th-century Britain in 21st-century America, the NCAA has fired a shot across the bow of California state legislature that is advancing a bill to compensate college athletes by 2023 for use of their likenesses.

Mark Emmert, the former University of Washington president now in charge of rolling the NCAA’s rock up a steep hill, wrote a letter of complaint last week strongly suggesting that if the bill became law, California schools would be prohibited from participating in NCAA events, including and especially four members of the Pac-12 Conference — USC, UCLA, Cal-Berkeley and Stanford.

Before Huskies coaches Chris Petersen and Mike Hopkins pull oblique muscles high-fiving one another, beware that if the Cal politicians succeed, it would be only a matter of time before the state of Washington, and many peers, would enact similar legislation.

According to a story in USA Today, the bill passed the state Senate 31-4 in May. Tuesday, it will be the subject of a hearing and vote by the state assembly’s Arts, Entertainment, Sports, Tourism and Internet Media Committee. If the bill advances, it would go to the Higher Education Committee, which would have to approve it by July 11 for it to remain alive this year.

The progress of a law that contradicts a fundamental principle of the NCAA — the right of schools, administrators and coaches to make millions off the backs of an unpaid labor force — was sufficiently sudden to inspire Emmert to dip quill into ink and write the committee chairs of the bill’s threat to some cushy livelihoods.

. . . as drafted the bill threatens to alter materially the principles of intercollegiate athletics and create local differences that would make it impossible to host fair national championships. As a result, it likely would have a negative impact on the exact student-athletes it intends to assist . . . passage of the bill now will create confusion among prospective and current student-athletes and our membership. The impact of a prematurely passed bill would be difficult to untangle . . .

Emmert and all his acolytes, sycophants and back-benchers have seen this train coming for years. Amateurism as a sports discriminator has been dead everywhere in the world except in American college sports.

The Brits invented the concept only as a way to keep working-class ruffians from mucking up the polo matches of the royals. Yet somehow amateurism morphed perniciously into some exalted status in the alleged capitalist meritocracy of the U.S., where there was always plenty of money to pay the players over the table instead of under it.

Now, states are taking action instead of waiting for the feds.

A week ahead of the May vote, Emmert created a “working group” of school presidents and administrators to “examine issues highlighted in recently proposed federal and state legislation related to student-athlete name, image and likeness.” So an amendment was added to the California bill saying the legislature will “monitor” the group’s progress toward a solution.

The pols have yet to put down the dagger at the NCAA’s neck. Holding off the bill’s implementation until 2023 gives the NCAA time to come up with a plan, so figurative throats don’t have to be slashed now.

Yet recruiting for players who could be seniors in ’23 is underway already.

The recruits would be wise to ask the coaches from the California programs whether they’ll be playing big-boy ball then, and whether the players might earn some legit cash as seniors. That will be awkward, which is, of course, the fun part.

The NCAA’s slow creep on reform — paying for the full cost of attendance, covering medical costs for sports injuries for two to four years after graduation — suggests that the administrators know they’re on the wrong side of history. The California legislature has a chance to speed away from incrementalism, and inspire progressive states such as Washington to pick up the local cudgel.

Legislators have to to know that Emmert and his predecessors have used the excuse for years that previous proposed reforms would be “difficult to untangle . . . ”

Only because the sports moguls knew that the system was wrong to begin with.