Bouton: ‘Couldn’t have an ego’ playing for Pilots

Jim Bouton’s death at 80 prompts many fond recollections of his 1970 book, Ball Four, which pantsed baseball and delighted millions of readers, including Jim Caple. 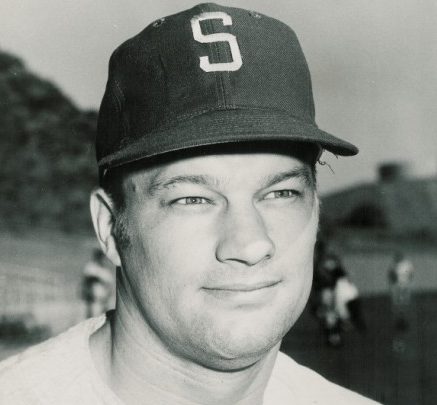 When I was 12 years old and playing my final season of Little League in 1974, I read Jim Bouton’s book, Ball Four, which had been published four years earlier. The book was much about his life and career, including his time with the Seattle Pilots in 1969, as well as when he was traded to the Houston Astros later that August.

The book was so wonderful and I loved it so much that I have read it at least six more times, perhaps more. For a while, I read it every spring training.

As many others agree, it is the best book written about baseball. It is funny and told so much about what life in baseball was really like.

A victim of dementia, Bouton, who had an amazing career as a ballplayer and an author, died Wednesday at 80. He also had a stroke in 2012 and later was diagnosed with cerebral amyloid angiopathy.

After attending Western Michigan University, Bouton made his debut with the Yankees in 1962. He won 21 games with six shutouts his second season in 1963 and also made the All-Star team that year. He won another 18 games in 1964 but then started to decline as a pitcher.

After learning to throw the knuckleball, he was signed by the Pilots at 30 before the 1969 season and began as a reliever. As he wrote about being purchased from the Yankees by the Pilots: “Which is how come I was happy to be making $22,000 with the Seattle Pilots.’’’

The Pilots won their opening game Angels 4-3 over the Angels and Bouton wrote, “Already we’re better than the Mets.’’

The Mets went on to win the World Series that season while the Pilots went 64-98 and finished last in the AL West. Not that Bouton was with them at the end. He was traded to the Astros Aug. 26 for Dooley Womack after going 2-1 with a 3.91 ERA for the Pilots.

“At nine this morning while I was asleep in my room at the Statler Hilton in Baltimore my phone rang,’’ he wrote. “I picked it up and (Pilots manager) Joe Schultz said, ‘Jim, you’ve been traded to the Houston Astros.’’’

I interviewed Bouton in 1994 for the book’s 25th anniversary. We had a great dinner together. He talked about a lot of things, including what the Pilots were like.

“It was a team where there were no egos. Because you couldn’t have an ego with the Pilots,” Bouton said with a smile. `”Whatever ego you had was smashed to smithereens when you walked into the clubhouse and saw that there was no hot water in the showers. That’s when you knew you were just a piece of meat. As soon as you put that cap on with the scrambled eggs on the brim, you knew you were going to be a clown of sorts. Everything about the organization told you that you were nothing.

“My job was to be degraded and humiliated as a player so I could concentrate on being a writer.’’

He also wrote that he didn’t think Seattle would be a city “that will ever draw 25,000 or 30,000 regularly. It’s a town much more concerned with culture than athletics.’’ Fortunately, that has changed since then.

After the Pilots only season in Seattle, “Ball Four’’ was published in 1970. It was criticized by then-commissioner Bowie Kuhn, but so loved by others that it sold nearly six million copies. The book pulled back the curtain on players, including that they slept around, distrusted owners (salaries were much, much lower) and sometimes disliked reporters. And that some also were very smart and funny. Like Bouton.

Even legendary Pulitzer Prize-winner David Halberstam wrote that the book “was a reflection in the sports world of what was taking place in larger society.’’

Bouton’s final line is also worth remembering: “You see, you spend a good piece of your life gripping a baseball and in the end it turns out that it was the other way around the whole time.’’

He temporarily retired from baseball after the 1970 season but then returned to the sport in his mid-30s by pitching with the Portland Mavericks of the Class A Northwest League in 1975 when he went 5-1. He also pitched in the minors with the White Sox in 1977 and made it back to the majors in 1978 with Atlanta, going 1-3 with a 4.97 ERA. Even after that, he continued to pitch in semi-pro leagues.

Bouton wrote other books, including I’m Glad You Didn’t Take It Personally and Foul Ball. He appeared in the movie The Long Goodbye, was in the short-lived CBS sitcom based on Ball Four and worked as a TV sportscaster with WABC and WCBS in New York. He also started a brand of bubble gum called Big League Chew.

He and I became friends after our 1994 interview. He had me write a description of Ball Four for the inside cover when an updated version was re-published in 2000. I wrote: “It is not just a diary of Bouton’s 1969 season with the Seattle Pilots and Houston Astros. It’s a vibrant, funny, telling history of an era that seems even further away than three decades. To call it simply a ‘tell-all book’ is like describing The Grapes of Wrath as a book about harvesting peaches in California.’’