One of the 100 greatest players in NHL history and a two-time Stanley Cup champion, Ron Francis will become the Seattle NHL expansion team’s first GM. 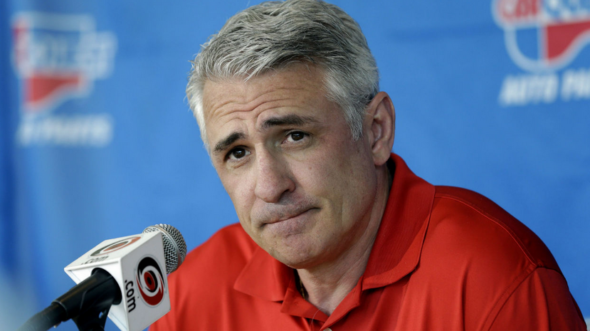 Ron Francis is a two-time Stanley Cup champ and one of the NHL’s best 100 players. / Sportsnet.ca

When Ron Francis retired as an NHL player in 2004, he was second all-time in career assists, trailing Wayne Gretzky, fifth in career points, third in games played, and 27th in goals.

So after the Seattle expansion club suggested it would seek for its general manager job a guy with lots of NHL rank on his epaulets, they appear to have their man.

Francis, 56, a first-ballot Hockey Hall of Fame member, a two-time Stanley Cup champion and listed as one of 100 greatest players in league history, will be signed to a multi-year deal this week to be the new club’s first GM, the Seattle Times reported Monday night.

Francis played 10 seasons for the Hartford Whalers, eight with the Pittsburgh Penguins (including their back-to-back Cup titles in 1991-92) and six with the Carolina Hurricanes. The Whalers retired his No. 10 jersey, and when the franchise was moved to Raleigh, so did the Hurricanes.

After ending his career with a 12-game stint in Toronto in 2004, Francis retired and began working in youth hockey in the Raleigh area. In 2011, he was named the ‘Canes director of hockey operations.

Francis was promoted to GM in 2014, but in March 2018 was bumped out of the job and named president by new majority owner Thomas Dundon. The Dallas billionaire, who bought the team in January, fired Francis less than two months later after the team missed the playoffs for the ninth consecutive year.

“Since I took control of the team, I’ve had a good chance to be around and assess the operations,” said Dundon when he made the GM change. “There are a lot of good people working in the organization, but I feel that a change in direction is needed when it comes to hockey personnel decisions. Ron is a smart and talented hockey man. I am glad that he will continue to be a part of the team, serving in this new role.”

Under Francis’s successor as GM, Don Waddell, and new coach Rod Brind’Amour, Carolina ended the playoff drought in 2019, finishing 46-29-7 and upsetting the defending champion Washington Capitals, 4-3. The Canes reached the Eastern Conference finals, where they were swept by Boston.

Francis, a native of Sault Ste. Marie, Ont., was on the beach for the 2018-19 season, and the Seattle franchise wasn’t going to begin play until 2021. But when Seattle Hockey Partners CEO Tod Leiweke saw several potential candidates on his GM list end up with other teams, he asked ownership for permission to hire Francis now instead of waiting. The team had already lost senior adviser Dave Tippett, a teammate of Francis in Hartford, when he returned to coaching with Edmonton.

Francis, who reportedly twice visited Seattle prior to accepting the job, is expected to meet Seattle media later this week.