Mariners’ Beckham out 80 games for PED use

Tim Beckham was caught using a prohibited steroid and was suspended for 80 games, ending his disappointing season with the Mariners. 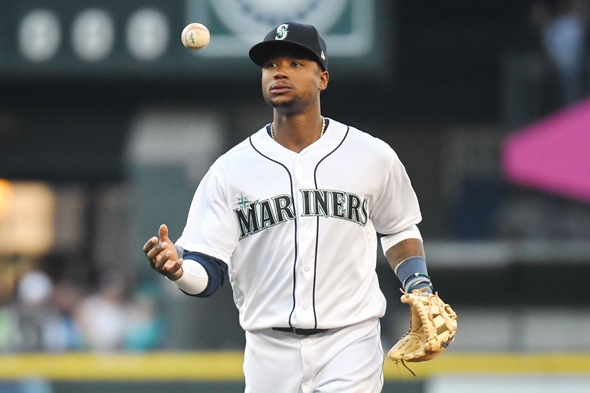 Another day, another Mariners embarassment. This time, it’s Tim Beckham. The 29-year-old shortstop was suspended for 80 games Tuesday by MLB for the use of stanozolol, an old-school performance-enhancing steroid on the sport’s banned list. He’s done for this season, and the punishment will linger into next season for any team signing him.

Stanozolol first drew international attention in 1988, when Canadian sprinter Ben Johnson had his Olympic gold medal in the 100 meters stripped because he tested positive post-race. The drug has been banned by the International Olympic Committee since 1974.

Beckham claimed that he accidentally ingested a “tainted substance” from a trusted source. He released a statement via the players’ union.

The teams and the union provide players with lists of banned substances. Supplements remain unregulated by the Food and Drug Administration, and players are told to avoid them because the contents often are unknowable.

In his first month as a Mariner after five seasons in Tampa Bay and Baltimore, Beckham was hot at the plate —  a slash of 282/.352/.527 with nine doubles, six homers and 19 RBI in 30 games — and terrible in the field. But his bat cooled, and after rookie J.P. Crawford emerged as a credible major leaguer, Beckham lost his starting job. He had been getting increased time at left field and first base, but he remained a fielding liability and was seen as likely to be cut.

His roster spot likely will be filled by 2B Dee Gordon, returning from the 10-day injured list after a quad strain.

In May 2018, then-Mariners 2B Robinson Cano was suspended for 80 games for PED use.  He was caught using the masking agent furosemide, a diuretic often used to dilute urine samples and cheat drug-testing regimens. It was the first PED suspension in his 14-year career.

Cano was traded in the off-season to the New York Mets, where Tuesday he was diagnosed with a torn hamstring. It will be his third stint in the injured list in a season in which he’s hitting .252.