Thiel: Poona Ford’s chip is as thick as he is

Even the Seahawks didn’t quite recognize what they had in Poona Ford last season. Now they know he plays with the same fire as Angry Doug Baldwin. 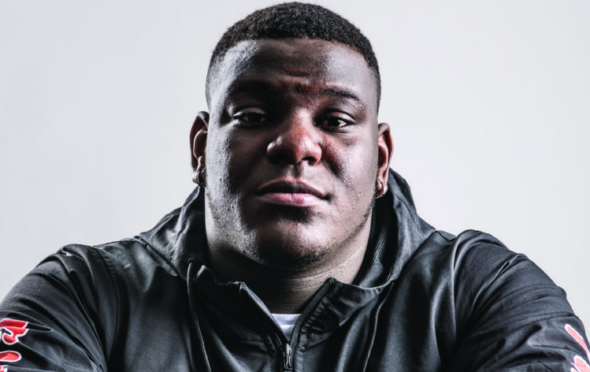 Aside from the usual passel of injuries that afflict every NFL team in August, the Seahawks have had a mostly quiet preseason. No holdouts, no real fights, few starting position contests or strategy shifts, and no off-field dramas or orations like those from the provocateurs of yesteryear, such as Marshawn Lynch, Richard Sherman or Michael Bennett.

But there is one guy that is upholding a quirky tradition of the Pete Carroll years — the  undrafted misfit who comes to acclaim from just east of nowhere.

With the retirement of WR Doug Baldwin, the only undrafted free agent expected to start this season is DT Poona Ford. The chip on his shoulder is as thick, square and heavy as he is, vibrating perhaps even harder than Baldwin’s.

“I think about it every day,” Ford said after practice Wednesday. “I tell myself I got 254 guys I gotta be better than every day, which makes me do what I gotta do.”

The reference was to the number of college players annually drafted by the NFL. The Seahawks pride themselves in finding serviceable players from the tired, the poor, the huddled masses who are not among the chosen. Ford hates that he was among the unwashed.

Even though he was a big-time player on a big-time college team — defensive player of the year for Texas in the Big 12 Conference — he was 5-11 and 310 pounds, dimensions that are found in the NFL as often as they are on models working high-fashion runways.

Turned out he was right-sized in his rookie season of 2018 to disrupt the middle of most every opponent play, even though what he does well was sufficiently obscure that even the Seahawks missed it for too long.

“When we looked back on the season, we should have played him more,” Carroll said Wednesday. “He’s really an instinctive player. It took awhile to appreciate that.

“He’s unique, because of his stature and style. He uses his (arm length) so well, and has great quickness. He gave us indications; we saw it. In time, because he’s such an aware player, he’s going to know where the ball is going almost every snap.”

The ability flashed several times Saturday night in the Seahawks’ fake game in Minnesota, particularly halfway through the first quarter. The Vikings had a first down at their own 10-yard line when Ford shoved aside his blocker, dropped rookie running back Alexander Mattison for a one-yard loss and knocked the ball free.

The Seahawks recovered but were denied possession because officials ruled Mattison was down before he lost the ball. The call appeared wrong, but the impact was undeniable.

The play brought to mind perhaps the strongest player statement made in training camp, where skepticism is normally the custom regarding young players.

“Poona has a chance to end up being one of the best nose tackles that could have played,” said C Justin Britt, startling some heavy-lidded media scavengers. “He’s got that God-given leverage and knows how to use it. He knows how to control everything with his size. He’s quick. He’s great with his hands.

“I don’t know a lot of people that would be better to practice against than Poona Ford to get me ready for Sundays.”

The evaluations are not just teammates blowing smoke.  Pro Football Focus looked at each of his 254 snaps the past season, in which he started only one game, and gave him a grade of 90.3, 10th among all interior defensive linemen in the NFL.

Ford’s quick development becomes more critical in light of the pending six-game suspension of his partner at tackle, Jarran Reed, busted by the NFL for an episode of domestic violence 27 months ago for which charged were never filed. The absence of Reed for the season’s first six regular-season games is a blow, because the D-line already was the Seahawks’ thinnest unit.

Ford calls his style of play “vertical,” an odd term for someone unlikely to find a lot of daylight under his cleats. But it makes more sense to someone who plays so low that grass looks like it’s up.

“By playing vertical, I knock straight back whoever blocks me, to reset the line of scrimmage,” he said. “The chest down is my strike zone. I stay lower than he is, and keep my feet moving at a rapid pace, so I don’t get tripped up.”

Given all the praise he’s drawing, he could get tripped up in a more psychological way.

“It feels good,” he said. “But I still got 16 games to prove myself, to create an image of who Poona Ford is.”

The Seahawks, belatedly, get the picture. Time for the rest of the NFL.