Thiel: The sack may be back with Reed’s return

The Seahawks defense is among NFL’s worst at pressuring QBs, and the Ravens have in Lamar Jackson a yardage machine. Hello, Jarran Reed. 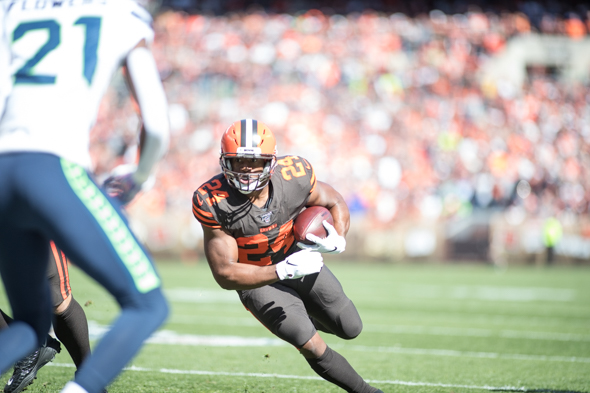 Besides the Seahawks at 5-1, only five other NFL teams have less than two losses: New England (6-0), San Francisco (5-0), New Orleans (5-1), Green Bay (5-1) and Buffalo (4-1). Though rewards are few in football for the claim of Misters October, it’s at least comforting for 12s knowing that a climb out of the well is not an agenda item on the team’s to-do list.

But in order to be taken seriously as a title contender, there is a need to be something other than near-helpless when in comes to disrupting the opposing quarterback. No surprise here, since management’s urgency was plain in the off-season that the pass rush was a priority, right up there with quality touchdown-celebration choreography.

The Seahawks spent free-agent coin in May to acquire DE Ziggy Ansah, then just before the regular season, traded for DE Jadeveon Clowney. The moves were made in part to compensate for the trade of DE Frank Clark and the six-game suspension of DT Jarran Reed, who in 2018 were Seattle’s top sackers (13.0 and 10.5, respectively).

The intent was widely lauded. The execution, less so.

Sunday in the 32-28 win at Cleveland, QB Baker Mayfield was not sacked, nor even hit. Say what you will about his three interceptions, his uniform was free of grass stains.

We just weren’t able to get to him,” Carroll said at his Monday presser. “The ball came out lightning fast. Threw a ton of quick game and their RPO (run-pass option) stuff.

“They limited the amounts of times to rush. They did a nice job in that.”

True, but Seattle’s own mistakes made the game taut nearly throughout. So did the officials’ mistakes. In fact, an easy case can be made that the Browns would have won had officiating breaks been close to even. The Seahawks came away winners in that department.

Carroll took heart from the fact that Mayfield hit on just 23 of 37 passes, even though there were unforced errors and numerous drops.

“When you look at his passing efficiency for the day, we would’ve taken 50 something (a QBR of 54.9), if we knew that was going to happen regardless of how the rush was,” he said. “We were effective. In pass rush, just the numbers, it stands out a little bit that we didn’t get to him.”

Carroll has said several times that getting Ansah and Clowney up to speed and in sync would take time.

The case can be made that time is up Sunday.

“He’s doing everything you can think of,” Carroll said of Jackson. “They run every play. They’ve got every scheme. They’ve got every pass-action. He can throw the ball all over the field. He’s got quick-game accuracy, on-the-move stuff.

Just in time, it would seem, for the return of Reed.

His six-game NFL suspension is up after a violation of the NFL’s domestic violence policy for an episode nearly three years ago, in which Bellevue police declined to file charges. Unsurprisingly, he is said to be eager.

“He’s like a little kid at Christmas time,” Carroll said of Reed’s return to team headquarters Monday. “He’s so excited to be back with us. It seemed like it went kind of fast to us, but it didn’t for him.

“I don’t know what to tell you about how it’s going to go. I haven’t seen him on the field yet. I know he worked really hard, from everything he said, to stay abreast with his conditioning.”

The D-line’s interior spots have been filled by tackles Poona Ford and Al Woods, both of whom seem likely to start Sunday with Reed in the rotation. Ford has become a mainstay, so Woods down the road likely will see fewer snaps.

If Reed can come close soon to replicating his breakout production in 2018, offenses are going to have problems sorting out who to double-team.

“He’s a big factor,” Carroll said, repeating the phrase. “The (O-line) spacing that happens with a guy that causes problems there, opens up areas for the other guys. We’ve been rushing with Al. You’ve seen us with Poona too. Those guys are nose-tackles types and that’s not their strong point. They’re terrific run defenders.

Since Carroll deferred on projecting a role for Reed Sunday, we’ll simply pass on the chat Jackson had post-game with Peter King of NBC Sports.

“We’re just going to do what the defense gives us,” Jackson said. “The game’s so fast. I’ve got a sharp mind. I really don’t care if I’m running or passing. Just win games.”